Deborah Cox to be inducted into the Canadian Music Hall of Fame at The 51st Annual JUNO Awards, live on CBC  - The JUNO Awards
NEWS + PRESS MEDIA RELEASE

Deborah Cox to be inducted into the Canadian Music Hall of Fame at The 51st Annual JUNO Awards, live on CBC

TORONTO — The Canadian Academy of Recording Arts and Sciences (CARAS) and CBC announced today that award-winning recording artist and world-renowned Broadway, television, film and fashion icon, Deborah Cox, will be inducted into the Canadian Music Hall of Fame at The 2022 JUNO Awards. Cox will be the first Black womanto receive the national honour. With a career spanning almost three decades, Cox has released six critically-acclaimed albums and has scaled the R&B and pop charts with six Top 20 Billboard Magazine R&B singles and thirteen number one hits on Billboard’s Hot Dance Club Play Chart. To celebrate her induction during The 51st Annual JUNO Awards on Sunday, May 15, 2022, Cox will perform live from Toronto’s Budweiser Stage. The induction and performance are presented by longtime JUNO sponsor, TD Bank Group. The 2022 JUNO Awards will be broadcast and streamed live across Canada, at 8 p.m. ET/5 p.m. PT on CBC TV, CBC Gem, CBC Radio One, CBC Music, CBC Listen, and globally at CBCMusic.ca/junos and CBC Music’s Facebook, YouTube and Twitter pages.

The Canadian Music Hall of Fame was established by CARAS in 1978 to acknowledge artists that have made an outstanding contribution to the international recognition of Canadian music. Cox will join the ranks of Canadian music icons including Alanis Morisette, Buffy Sainte-Marie, Barenaked Ladies, Jann Arden, Joni Mitchell, k.d. lang, Leonard Cohen, Neil Young, Oscar Peterson, RUSH, The Guess Who, The Tragically Hip, Sarah McLachlan and Shania Twain. In 2016 the Canadian Music Hall of Fame found a permanent home with the opening of Calgary’s Studio Bell, home of the National Music Centre. A new exhibition celebrating the career of Cox will open at Studio Bell on May 14. More details will be announced soon. 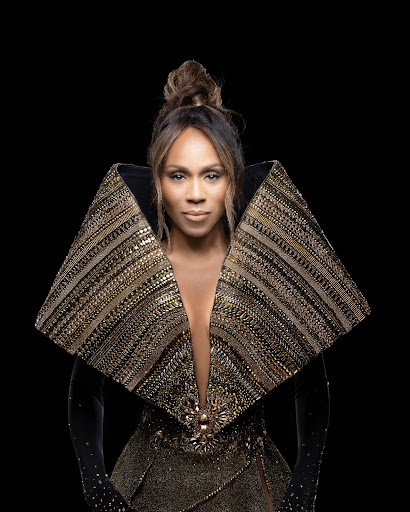 “I feel incredibly grateful to experience this true milestone moment,” said Deborah Cox. “Music has always been about community for me, and I am so thankful to the Canadian Music Hall of Fame and CARAS for not only recognizing myself, but my family, friends and loving fans who have supported me and helped make my dream possible for the past 25+ years. As the first Black woman to become an inductee, I am honoured to have the chance to show our younger generations that they can achieve whatever they set their minds to with hard work, dedication and passion. I hope that my music can continue to bring peace, happiness and comfort to anyone who might need it, and empower people of all ages to follow their dreams and believe in themselves.”

“Deborah is a multi-dimensional artist who has been entertaining and captivating audiences around the world for over 25 years,” said Allan Reid, President & CEO, CARAS/The JUNO Awards. ”Her resounding voice and powerful performances have made her an international icon. We are so privileged to celebrate her talent and can’t wait to see her inspire audiences this spring in her hometown of Toronto.”

Born in Toronto, Cox grew up in a musical household and showed an early interest in music with influences including Aretha Franklin, Gladys Knight and Whitney Houston, whom she calls her truest inspiration. She began performing professionally and recorded television commercials at age 12, and entered various talent shows in her teenage years before becoming a professional backup vocalist for Céline Dion. In 1994, Cox was signed to Arista Records by Clive Davis, releasing her self-titled debut album the following year. Her second studio album, One Wish, was certified platinum in the United States and had two Number 1 singles “We Can’t Be Friends” and “Nobody’s Supposed to Be Here,” which became an instant hit and held the record for the longest running Number 1 R&B single of all time. After 14 weeks at the top of the charts, Cox earned a Billboard Music Award nomination for R&B Single of the Year, a National Association for the Advancement of Colored People (NAACP) Image Award nomination, a Soul Train Award, a Lady of Soul Award and three JUNO Awards.

In addition to her reputation as an established recording artist, Cox has been recognized and awarded for her undying commitment to various social justice initiatives, including advocacy for LGBTQ2S+ rights, support for those living with HIV/AIDS, and the fight for human rights and equality for all. Cox was honoured with Black Music Honors’ Entertainer Icon Award in 2020, in recognition of her 25 ground-breaking years in the music industry.

Over the last few years, Cox has been expanding her identity as an artist, actress, creator and was appointed Executive Director for Alpha Magazines, a publication that strives to empower women worldwide. On top of her illustrious musical catalog, she has graced screens and stages with theatrical performances in Aida and The Bodyguard. Cox also attracted rave reviews for her role as Regina on BET’s First Wives Club and starring in the critically acclaimed HBO MAX series Station Eleven.

Cox was also honoured alongside Martin Luther King’s daughter, Dr. Bernice King and other change-making women at the 2021 Black Women in Media Awards for her impact on the entertainment industry. Following the success of her hit 2019 single “Easy Way,” Cox has new music on the way and is working toward the release of her seventh career studio album due out in 2022.

Tickets for The 2022 JUNO Awards start at $39.95 and are on-sale now at  ticketmaster.ca/junos

TD Bank Group is proud to be the premier sponsor of the JUNO Awards and is honoured to present this year’s historic Canadian Music Hall of Fame Inductee Award Presentation and Performance during the awards broadcast. TD believes in the power of music to unite, create a sense of community and amplify diverse voices, and supports Canadian music through ongoing events and initiatives across the country.

The 51st annual JUNO Awards, produced by Insight Productions (a Boat Rocker company), will make history on Sunday, May 15 as it broadcasts and streams for the first time from an outdoor venue at Budweiser Stage in Toronto, live across Canada at 8 p.m. ET/5 p.m. PT on CBC TV, CBC Gem, CBC Radio One, CBC Music, CBC Listen, and globally at CBCMusic.ca/junos. Hosted by Simu Liu, previously announced performers include Arcade Fire, Arkells, Avril Lavigne, Charlotte Cardin, and Mustafa.

The National Music Centre (NMC) has a mission to amplify the love, sharing, and understanding of music and is preserving and celebrating Canada’s music story inside its home at Studio Bell in the heart of the East Village in Mohkinstsis (Calgary) on Treaty 7 territory. NMC is the home to four Canadian music halls of fame, including the Canadian Music Hall of Fame, the Canadian Country Music Hall of Fame, the Canadian Songwriters Hall of Fame, and Quebec’s ADISQ Hall of Fame. Featuring musical instruments, artifacts, recording equipment, and memorabilia, the NMC Collection spans over 450 years of music history and innovation. A registered charity with programs that include exhibitions, artist development, performance, and education, NMC is inspiring a new generation of music lovers. For more information about NMC’s onsite activities, please visit studiobell.ca. To check out the NMC experience online, including video-on-demand performances, made-in-Canada stories, and highly entertaining educational content, visit amplify.nmc.ca.

The Canadian Music Hall of Fame

Insight Productions known for its award-winning ratings juggernauts, is Canada’s most established content producer and an industry leader in the development, financing, and production of hit programming. Insight Senior Vice President Lindsay Cox serves as Executive Producer – alongside Insight’s Chairman, CEO, and Executive Producer John Brunton, on The 2022 JUNO Awards. The company has created some of the most dynamic and top-rated programs including Canada’s New Year’s Eve: Countdown, The Amazing Race Canada (the most watched Canadian show on record), ratings hits Big Brother Canada, Stronger Together/Tous Ensemble (the largest multi-platform broadcast and highest viewed non-sporting broadcast in Canadian television history) and The Tragically Hip: A National Celebration, a live concert special on CBC watched by one in three Canadians.  Insight has also worked in close collaboration with the National Centre for Truth and Reconciliation as executive producers on Every Child Matters: Reconciliation Through Education and National Day of Truth and Reconciliation. Insight Productions was founded in 1979 and has since created thousands of hours of ground-breaking content. For more information on Insight Productions, please visit www.insighttv.com or on Twitter @insightprod or Facebook www.facebook.com/InsightProductions.

The Toronto-Dominion Bank and its subsidiaries are collectively known as TD Bank Group (“TD” or the “Bank”). TD is the fifth largest bank in North America by assets and serves more than 26 million customers in three key businesses operating in a number of locations in financial centers around the globe: Canadian Retail, including TD Canada Trust, TD Auto Finance Canada, TD Wealth (Canada), TD Direct Investing, and TD Insurance; U.S. Retail, including TD Bank, America’s Most Convenient Bank®, TD Auto Finance U.S., TD Wealth (U.S.), and an investment in The Charles Schwab Corporation; and Wholesale Banking, including TD Securities. TD also ranks among the world’s leading online financial services firms, with more than 15 million active online and mobile customers. TD had CDN$1.8 trillion in assets on January 31, 2022. The Toronto-Dominion Bank trades under the symbol “TD” on the Toronto and New York Stock Exchanges