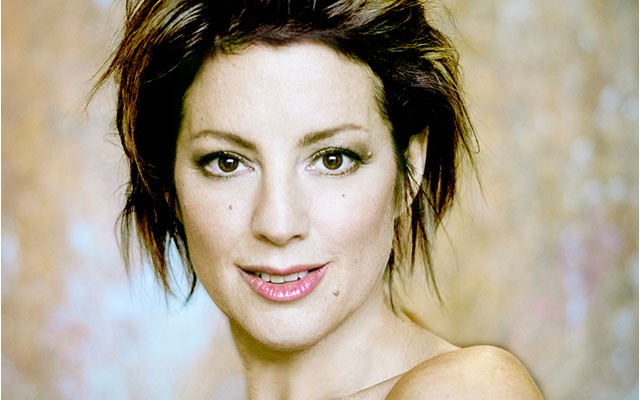 Into The Fire - Sarah McLachlan

"Illusions of Bliss", "Forgiveness", "Loving You Is Easy" - Sarah McLachlan

Entertainer of the Year

SOCAN JUNO For Songwriter of the Year

Into The Fire - Sarah McLachlan

In October 2008, Sarah McLachlan, one of Canada’s most celebrated artists, celebrated the 20-year anniversary of a triumphant career marked with multi-platinum selling albums, numerous awards and sold-out tours. Alongside her musical successes, McLachlan is well known for her humanitarian contributions to charities and organizations at home and internationally, often using music as a platform for social change.

In 1997, Sarah McLachlan founded Lilith Fair, a touring concert festival organized to showcase and promote women in music. The tour exclusively headlined female artists and bands — an ambitious and ground-breaking idea that had never been achieved in such a large capacity — and garnered the support and participation of many of music’s top artists including Bonnie Raitt, Christina Aguilera, Erykah Badu, Fiona Apple, Indigo Girls, Lisa Loeb, Nelly Furtado, Sheryl Crow and Tracy Chapman to name a few.

Over the next three years, Lilith Fair continued to tour across Canada and the U.S. bringing together over 2 million music fans and showcasing more than 100 artists. The festival became hugely popular with the media and was lauded by the music industry for its positive impact. By the end of its three-year run in 1999, Lilith Fair had raised more than $7 million for charities and women’s shelters across North America.

It was also during this time that Sarah McLachlan received the Elizabeth Cady Stanton Visionary Award for advancing the careers of women in music. New York Governor George Pataki presented McLachlan with the Award in 1998, fittingly on the 150th anniversary of the first women’s rights convention in Seneca Falls, NY.

Another proud moment came in 2000, when McLachlan was bestowed Canada’s highest civilian honor, the Order of Canada, for her outstanding achievements, dedication to the community and service to the nation.

In 2004, McLachlan teamed with director Sophie Muller to create the video for the single “World on Fire,” again using music as a platform for social awareness. The song’s charged lyrics and the simple yet impactful images compared dollar amounts spent on show business splurges against the impact of global aid to developing countries. New York Times’ music writer Jon Pareles hailed the video as a “brilliantly modest gesture.”

By design, the video cost only $15 to produce, with the remainder of the $150,000 production budget donated to 11 wide-ranging charitable organizations including CARE, Engineers Without Borders, Help The Aged, Warchild and Heifer International. “World On Fire” received a 2004 Grammy Award nomination for Best Short Form Music Video and the album, AFTERGLOW, became certified double platinum in the U.S. and 5X platinum in Canada.

Sarah McLachlan also dedicates much of her time to support music education and the betterment of youth. In 1999, she founded the Sarah McLachlan Foundation to help bring music into the lives of young Canadians, especially in underserved communities, and in 2003 established the first Sarah McLachlan Music Outreach – Arts Umbrella Project in Vancouver’s inner city. The program offers students free high-quality music lessons, educational workshops, mentorship and support networks to encourage students to explore the joys of music and learning.

A proponent of music education, she also finds time to help national music programs outside of her Foundation, including CARAS’ music education charity, MusiCounts. In January 2008, McLachlan participated in the first Vancouver-area MusiCounts presentation, performing for more than 300 students from seven recipient schools who received much-needed Band Aid instrument grants.

McLachlan continues to be an inspirational role model for young Canadians, and recently helped to kick off the first-ever National Me To We Day on October 17, 2008, in Toronto. She joined an outstanding line-up of community leaders, motivational speakers and artists at a stadium event packed with thousands of young people in support of Free The Children, a global network of children helping children.

A well-known animal lover, McLachlan passionately advocates for animal rights. Since 2006, she has been the spokesperson for the BC Society for the Prevention of Cruelty to Animals, speaking out on behalf of innocent animals that have suffered abuse and neglect. McLachlan sang a stirring rendition of her multi-platinum hit song “Angel” for a series of television spots to promote the BC SPCA’s animal adoption campaign. Her sincere, soulful voice and socially conscious lyrics have touched millions of fans and helped raise awareness for numerous charitable causes close to her heart.

Since signing with Nettwerk Records in 1988, every one of Sarah McLachlan’s studio and live albums and videos have been certified gold, platinum, multi-platinum or diamond by the Canadian Recording Industry Association (CRIA). She has sold over 26 million records worldwide since her debut album, TOUCH, followed by a string of monumental albums including FUMBLING TOWARDS ECSTASY (1994, 3X platinum), SURFACING (1997, diamond), MIRRORBALL (1999, 4X platinum) and AFTERGLOW (2003, 5X platinum).

The milestone release of CLOSER: THE BEST OF SARAH MCLACHLAN (October 2008) marks her first-ever career anthology featuring 13 classic tracks personally selected by the artist from her award-winning catalogue. The new collection arrives exactly two decades after her professional debut and celebrates her timeless hits while signalling a new beginning with two newly recorded and previ­ously unreleased songs, “U Want Me 2” and “Don’t Give Up On Us.”