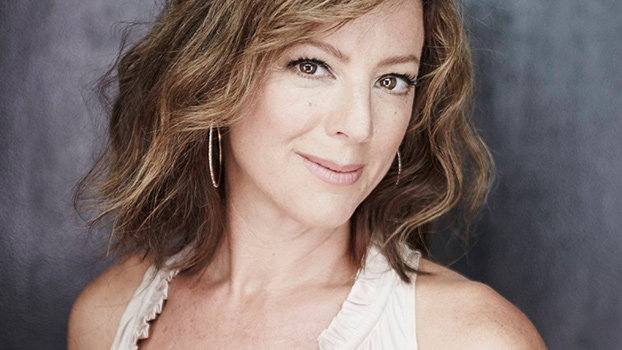 The Canadian Academy of Recording Arts and Sciences (CARAS) is pleased to announce that multi-platinum, award-winning singer and songwriter Sarah McLachlan will be the 2017 inductee into the Canadian Music Hall of Fame. With a career that spans almost thirty years, McLachlan is one of Canada’s most celebrated and treasured artists, earning countless accolades including 10 JUNO Awards, three Grammy Awards and a Billboard Music Award.

Born and raised in Halifax, Nova Scotia, McLachlan made her musical debut at the age 17 with pop band October Game before signing with Vancouver-based label Nettwerk Records. She moved to Vancouver and began work on her first studio album Touch, which was released in 1989. McLachlan’s second album Solace established her position as a rising star in Canada when it went gold. It was her third record, Fumbling Towards Ecstasy, which contained the single “Possession” that became McLachlan’s breakthrough release in the United States. McLachlan’s album Surfacing, released in 1997, climbed to the number two spot on the Billboard 200 and went eight-times platinum in the U.S., won a Grammy for Best Pop Vocal Performance for “Building a Mystery” and for Best Pop Instrumental Performance for “Last Dance,” and won her four JUNO Awards. In 2010 McLachlan performed her hit “Ordinary Miracle” at the opening ceremony of the Olympics in Vancouver, to an estimated three billion television viewers worldwide.

With a career spanning almost 30 years in the music industry, McLachlan is known not only for her passion for music but for her philanthropic initiatives. In 1997 McLachlan created Lilith Fair, a festival dedicated to showcasing and supporting female artists. Over the course of its three-year North American run, the tour brought more than two million people together and raised over $7 million for women’s charities. McLachlan has also donated her time and efforts to a number of charitable organizations including animal welfare, disaster relief, HIV/AIDS and cancer research. In 2003 she founded the Sarah McLachlan School of Music, which offers free music education, mentorship, and support to underserved and at-risk children and youth.

In the spring of 2015 McLachlan was named as the recipient of the Governor General’s Performing Arts Awards for Lifetime Achievement, which salutes Canadians who have contributed their voice and vision to the country and whose excellence has earned national and international acclaim. An Officer of the Order of Canada and honoured with the Order of British Columbia, McLachlan is the recipient of 10 JUNO Awards, three Grammy Awards and a Billboard Music Award. Her distinctions also include Queen Elizabeth II Golden Jubilee and Diamond Jubilee medals, the Elizabeth Cady Stanton Visionary Award and in 2006, she received the Allan Waters Humanitarian Award. McLachlan holds honorary degrees from the University of Alberta, Simon Fraser University and Emily Carr University of Art + Design.