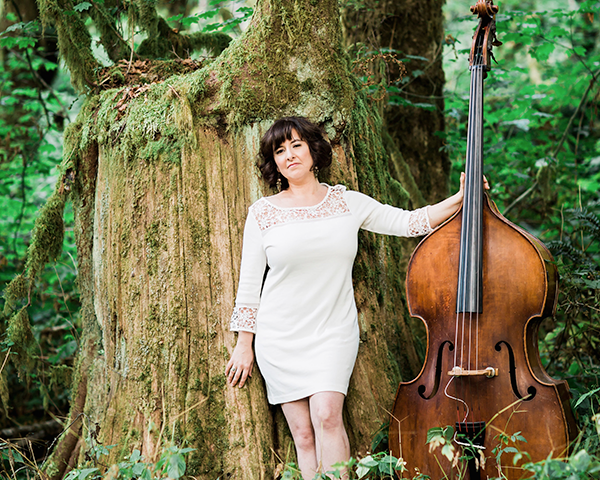 JUNO nominated bassist, composer, bandleader and educator Jodi Proznick has earned a reputation as one of Canada's finest jazz artists. She was the winner of numerous National Jazz Awards including Bassist of the Year in 2008 and 2009. Her group The Jodi Proznick Quartet was awarded the Acoustic Group of the Year and Album of the Year in 2008 and the ‘Galaxie Rising Star’ of the Vancouver International Jazz Festival in 2000. She co-produced her JUNO nominated debut album, Foundations, in 2006 and the JUNO nominated Jaclyn Guillou album, This Bitter Earth, in 2016. In addition to leading her own group, Jodi has performed with many of Canada's top jazz musicians and has been featured on over 30 recordings as a sideperson. Other awards include the General Motors Award of Excellence at Musicfest Canada 1993, a performance scholarship to study bass at McGill University in Montreal and the IAJE Sisters in Jazz award in 1998 as one of the best up and coming female jazz musicians. Her latest release Sun Songs was named as one of the top 10 jazz albums of 2017 by the Ottawa Citizen and was featured in a full-page article in Downbeat Magazine in February 2018.