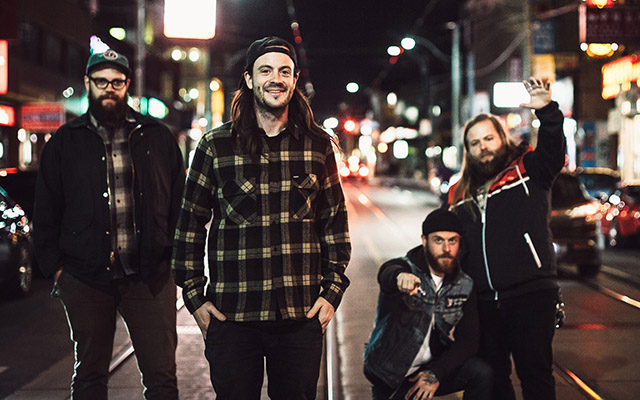 “No More Bull Shit…” asserts singer Liam Cormier of Cancer Bats “That was our declaration for this whole album,” he says, when speaking about the band’s fifth studio recording Searching For Zero. The choruses are hookier, the screams more savage, the riffs more vicious, the songs more powerful. This is the Cancer Bats at their pinnacle – their “True Zero.” As such, the 10 tracks that comprise Searching For Zero, produced by Ross Robinson, known for his work with Sepultura, Slipknot, At The Drive In, Glass Jaw, Blood Bothers and The Cure to only name a few, marks a new extension of the band’s already staple sonic components – the urgency and intensity inherent in Cormier’s vocals, Middleton’s sometimes sludgy, sometimes raging riffage, and the grimy, gritty, heavy-hitting rhythm section of Peters and Schwarzer, are all present; however, the album boasts a more raw and organic tonal signature than any previous Bats collection, with melodic elements not only musically but also vocally, which Cormier largely credits to their producer and their metal idols.

Heavy Metal Album of the Year