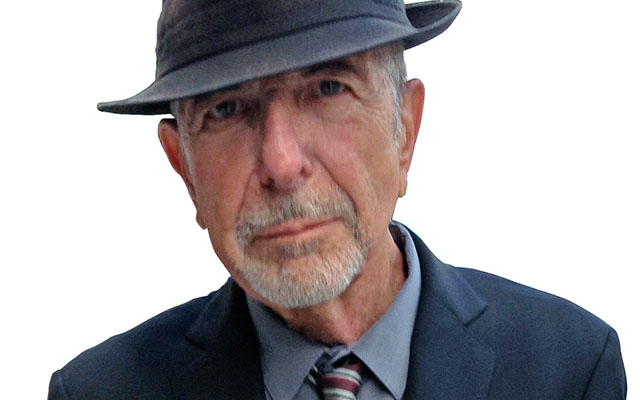 Leonard Cohen is a master songwriter, musician, poet, novelist and visual artist whose stunning body of original work has touched the lives of millions with a career spanning six decades.
He has sold over 23 million albums, worldwide and published 12 books, the most recent of which was 2006’s Book of Longing, a collection of poetry, prose and drawings, which reached #1 on the Top 10 Hardcover Fiction Books in Canada.
Leonard Cohen has been honored as a Grammy Lifetime Achievement Award Recipient (2010), inducted into the Rock & Roll Hall Of Fame (2008), the Canadian Music Hall of Fame (2006), the Canadian Songwriters Hall Of Fame (2006) and the Songwriters Hall Of Fame (2010). He has received the prestigious Principe de Asturias Prize – the highest literary award in Spain (Spain, 2011) as well as the Glenn Gould Prize, awarded to an individual for a unique lifetime contribution that has enriched the human condition through the arts (Canada, 2011). The Canadian native has earned his country’s highest civilian honors – Officer of the Order of Canada (1991), Companion to the Order of Canada (2003), Grand Officer of the National Order of Quebec (2008).