A man, a magazine and a mission | The JUNO Awards 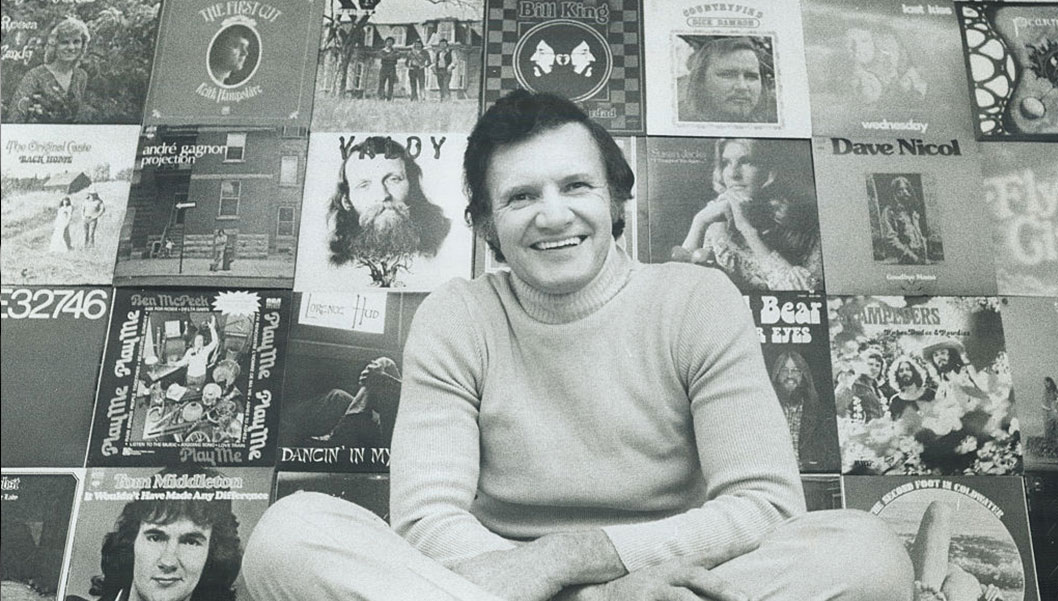 CARYS Rises – and Shows No Signs of Stopping

Tracing the JUNOS from RPM Magazine and the Gold Leaf Awards

Today, aspiring Canadian artists can rely on a support system right here in Canada that helps them thrive and realize their own potential.

It wasn’t always so.

Times were challenging for budding artists north of the border in the 1960’s. And the gap in their support didn’t sit well with passionate Canadian music advocate Walt Grealis, who sought to rectify the situation once he entered the music business.

Born in Toronto, he had successfully made the transition from RCMP constable and local policeman to Labatt Brewery sales rep in 1960 – and decided it was time for yet another career change.

It was Stan Klees, who first met Grealis in high school, who suggested he give the music business a try, informing him of an opening at Apex Records as a promo rep.

Grealis wasn’t sold on the idea at first.

“He said, ‘Stan, I don’t know anything about records, and I don’t like record people,’” Klees recalled in a 2011 interview. “But I told him he’d be perfect for the position, because he had great social skills. And he got the job!”

Grealis took to the new gig like a fish to water, eventually jumping to London Records as their Ontario promotion manager.

But it would be a conversation with prominent WKBW Buffalo DJ George “The Hound” Lorenz that would eventually determine his calling.

“George told him that an East-West dialogue in Canada was needed that would connect the music industry,’” Klees remembered.

Grealis took his cue from Lorenz, who published his own tip sheet, and stepped up to the plate: on February 24, 1964, RPM Magazine was born. Featuring song and album charts for Canada, it was the first and, eventually, most influential music industry publication in the country.

“There was a lot of Canadian talent and no industry to support them,” Grealis recalled in 1999. “Most executives were British and American. There was virtually no Canadian presence, so I wanted to help create a Canadian music industry.”

“The first one only had four pages and was typed on an eight-and-a-half inch by fourteen-inch piece of paper that was folded in half,” recalled Klees, who joined the magazine as special projects director. “We mailed it out to 50 stations. It contained information about which radio stations were adding songs, record companies, the product they were promoting and a little bit of gossip.

“About seven months later, we found someone who would print it as an eight-page glossy you could insert ads in.” 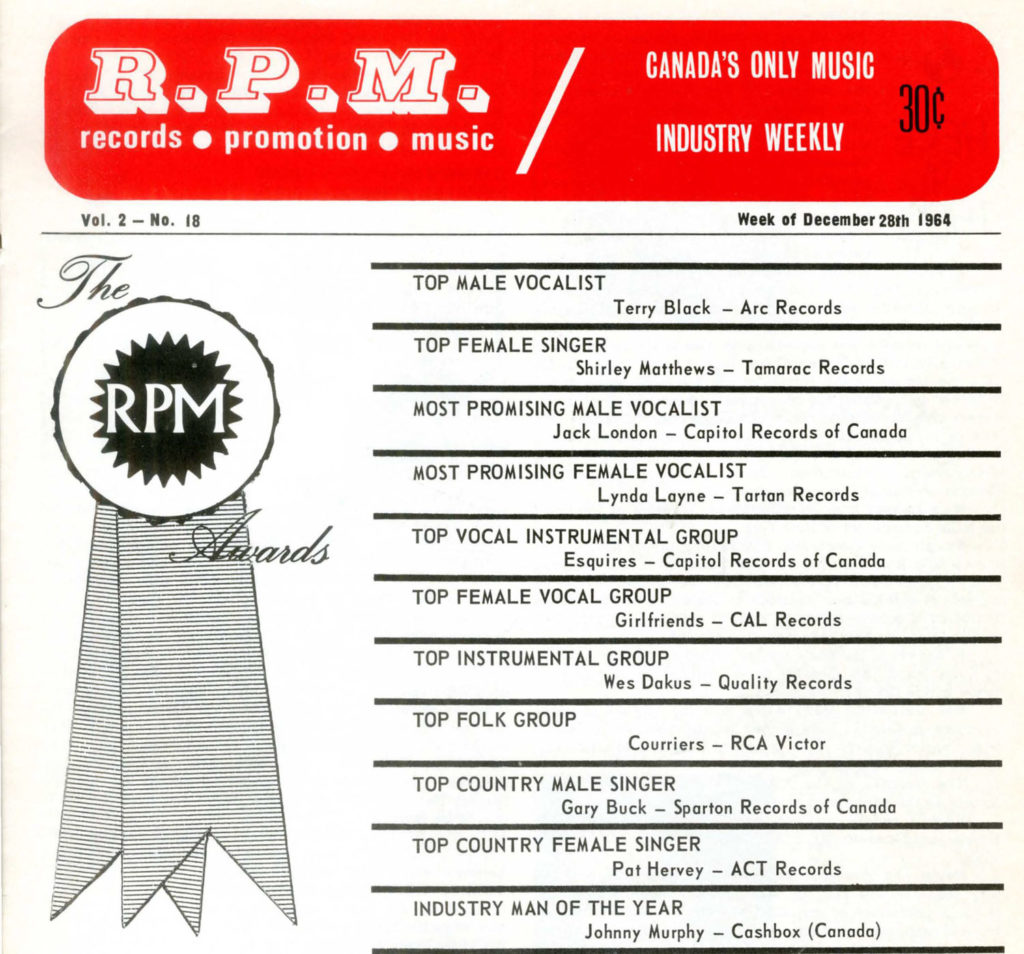 The results of the first RPM Readers Poll were printed in December 1964, as the RPM Awards. CARAS Archives.

On December 31 of that year, the first annual RPM Gold Leaf Awards counted singers The Esquires, Shirley Matthews and Terry Black among those receiving accolades for their efforts.

The winners were celebrated at a wine-and-cheese party that Grealis threw at a ballet rehearsal hall in the east end of Toronto. Attendance for the ceremony: 30.

“The only thing that the winners received was a scroll in the mail,” Stan Klees told author and journalist Larry LeBlanc in 2011.

For the next five years, The Gold Leaf Awards recognized Canadian talent, leveraging legitimacy to artists as they trumpeted their yearly accomplishments.

But efforts by Grealis and Klees to establish a much-needed star system weren’t restricted to the annual recognition: the duo lobbied Ottawa through RPM for protectionist measures – and also bolstered every Canadian act they could in the magazine’s pages.

In 1970, Pierre Juneau, the Chairman of the Canadian Radio-television and Telecommunications Commission (CRTC) proposed – and imposed, as of January 1, 1971– a 30 per cent content broadcasting regulation for AM radio that forced stations to fill their airwaves with Canadian-generated content. (FM radio would follow five years later.)

Klees himself designed the M.A.P.L. logo – with each initial describing an aspect of the recording – music, artist, production, lyrics – that would identify a record as Canadian.

On February 23, 1970, the final Gold Leaf Awards ceremony was held at St. Lawrence Hall in Toronto. It was a catered event that celebrated 14 winners and was attended by 250 people – although the duo had only invited 125.

This was the ceremony that also introduced the 18-inch, Klees-designed metronome-shaped walnut trophy that served as the JUNO Awards prototype.

Grealis wanted a snappier title, so the magazine held, in its May 16th edition, a contest to give the awards a more suitable name. Toronto copywriter Hal Phillips suggested the “Juneaus” after then-CRTC chairman Pierre Juneau, and the name was shortened to “JUNO” for practical purposes.

Canada’s premium music awards show was now a reality. And today, all of Canada – not just aspiring artists – has RPM Magazine, the Gold Leaf Awards and, especially, Walt Grealis to thank for it.

His contribution certainly isn’t lost on the most awarded JUNO winner in history, Anne Murray, who once said: “Thanks, in no small measure, to Walt Grealis, his vision, passion and tireless efforts, we have a music industry of which we can be proud.”