Simu Liu returns to host The 2023 JUNO Awards in Edmonton, live on CBC

Global superstar Simu Liu is back to host for the second year in a row, following his highly entertaining takeover in Toronto last May

Tickets to The 2023 JUNO Awards are available now at ticketmaster.ca/junos

TORONTO – The Canadian Academy of Recording Arts and Sciences (CARAS) and CBC announced today that Simu Liu, star of the first Asian-fronted movie in the Marvel Cinematic Universe, Shang-Chi and The Legend of The Ten Rings, will return for a second year as host of The 2023 JUNO Awards Broadcast.

“I am truly ecstatic to be back again this year hosting The 2023 JUNO Awards,” said Simu Liu. “There are no words to describe the incredible energy that took over Toronto last spring and I can’t wait to help bring that to Edmonton. If you thought my rendition of ‘Complicated’ was good, just wait until you hear my Nickelback cover.”

The 2023 JUNO Awards land in Edmonton for the 52nd annual celebration of Canadian music on Monday, March 13, 2023. Produced by Insight Productions, the show will broadcast and stream live across Canada at 8 p.m. ET/5 p.m. PT on CBC TV, CBC Gem, CBC Radio One, CBC Music, CBC Listen, and globally at CBCMusic.ca/junos and CBC Music’s Facebook, YouTube and Twitter pages.

Last year, Liu made his JUNO hosting debut in Toronto with his infamous “I Am Canadian” speech before wowing audiences with his rendition of Avril Lavigne’s “Complicated” and joining viral sensation Tesher for a memorable duet of “Jalebi Baby.” He most recently wrapped production on the Netflix science fiction thriller Atlas opposite Jennifer Lopez and is set to star and executive produce Seven Wonders, an action-adventure series based on Ben Mezrich’s novel for Amazon Prime Video. Adding to his creative repertoire, Liu’s memoir “We Were Dreamers: An Immigrant Superhero Origin Story,” came out earlier this year and became an instant New York Times Bestseller. He is currently developing long-form projects under his 4:12 Entertainment banner, through which he has previously directed, produced and optioned content for film and digital.

“From his ‘I Am Canadian’ monologue to his extraordinary ‘Jalebi Baby’ duet alongside Tesher, Simu was a fan favourite on the JUNOS stage last year,” said Allan Reid, President & CEO, CARAS/The JUNO Awards. “When it comes to entertainment, there really isn’t anything he can’t do and we’re thrilled to see how he evolves the role in 2023.” 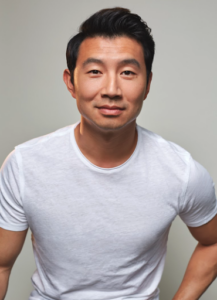 Tickets for The 2023 JUNO Awards start at $49.00 (including tax plus fees) and are available for purchase at www.ticketmaster.ca/junos.

The Canadian Academy of Recording Arts and Sciences (CARAS) is a not-for-profit organization created to preserve and enhance the Canadian music industry and promote higher artistic and industry standards. CARAS’ mandate is comprised of four key pillars: Educate through our music education charity, MusiCounts, programs and initiatives; Develop emerging artists through mentorship and development programs; Celebrate Canadian artists with year-round JUNO Awards showcasing; and Honour music industry icons through the Canadian Music Hall of Fame. The 52nd Annual JUNO Awards Broadcast will take place in Edmonton at Rogers Place on Monday, March 13, 2023. For more information on the JUNO Awards or The Canadian Academy of Recording Arts and Sciences (CARAS) please visit www.junoawards.ca.

Insight Productions, known for its award-winning ratings juggernauts, is Canada’s most established content producer and an industry leader in the development, financing, and production of hit programming. Insight Senior Vice President Lindsay Cox serves as Executive Producer – alongside Insight’s Chairman, CEO, and Executive Producer John Brunton, on The 2023 JUNO Awards. The company has created some of the most dynamic and top-rated programs including Canada’s New Year’s Eve: Countdown, The Amazing Race Canada (the most watched Canadian show on record), ratings hits Big Brother Canada, Stronger Together/Tous Ensemble (the largest multi-platform broadcast and highest viewed non-sporting broadcast in Canadian television history) and The Tragically Hip: A National Celebration, a live concert special on CBC watched by one in three Canadians.  Insight has also worked in close collaboration with the National Centre for Truth and Reconciliation as executive producers on Every Child Matters: Reconciliation Through Education and National Day of Truth and Reconciliation. Insight Productions was founded in 1979 and has since created thousands of hours of ground-breaking content. For more information on Insight Productions, please visit www.insighttv.com or on Twitter @insightprod or Facebook www.facebook.com/InsightProductions.