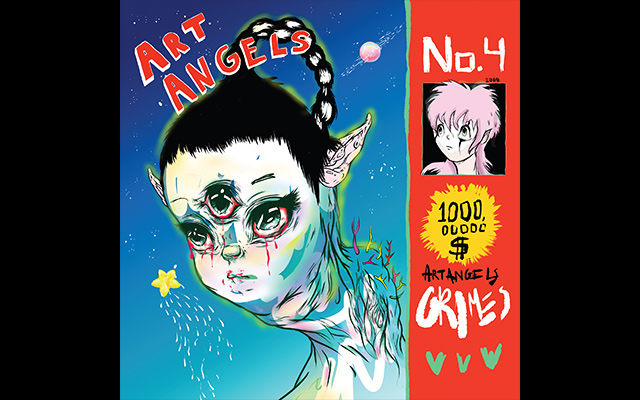 Recording Package of the Year  2017

Claire Boucher is Vancouver-born, self-taught singer, musician, songwriter, engineer, producer, and visual artist professional known as Grimes. Her music is influenced by pop, R&B, electronic music, hip-hop, punk and much more. Fiercely independent in her approach, Boucher seldom works with collaborators. While studying neuroscience at McGill in 2009, she decided that her real calling was music. Grimes then released two albums Geidi Primes and Halfaxa, on Arbutus in 2010.

Her breakout album Visions, which was released by 4AD in 2012, earned a JUNO Award for “Electronic Album of the Year” and made MNE’s list of the year’s top albums. Grimes signed to Jay-Z’s Roc Nation management in 2013, releasing the singles “Go” (which Rolling Stone rated as the 13th best song of the year) and “REALiTi”. In 2015 she released the Art Angels LP featuring videos “Flesh without Blood” and “Kill v Maim” and "California" and is about to start work on a video for “Venus Fly” with Janelle Monae.

Grimes' YouTube views now exceed 75 million and her tracks have streamed 85 million times on Spotify alone. Since the release of Art Angels, she has toured Asia, Europe and North America playing headline shows and major festivals. She also toured in direct support for Florence and the Machine.

Recording Package of the Year