RAP RECORDING OF THE YEAR | Tasha the Amazon | | The JUNO Awards 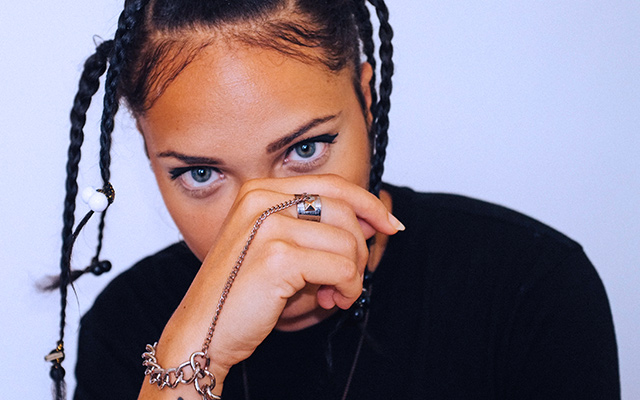 Tasha the Amazon , Die Every Day

“TORONTO’S TASHA THE AMAZON IS A RISING STAR AFTER PRAYER” – PIGEONS AND PLANES, AUGUST 2016

A bomb in a china shop.

Toronto's Tasha the Amazon is an artist, producer and bad gyal. Notorious for rude stage antics and warehouse parties shut down by police raids, her unconventional lyrics deal as much with partying and hood mischief as they do with anarchy and civil disobedience.

After cutting her teeth in collabs and collectives, the German-Jamaican powerhouse released her debut solo project FiDiYootDem to critical acclaim in late 2013. Hundreds of thousands of video views and streams later, Tasha released her EP, Die Every Day, in fall 2016. Produced by herself and partner Danthrax (together, they form the production duo Bass & Bakery), Tasha’s new music experiments unapologetically with the future of hip hop. Meet the new school.