FRANCOPHONE ALBUM OF THE YEAR | Laurence Nerbonne | | The JUNO Awards 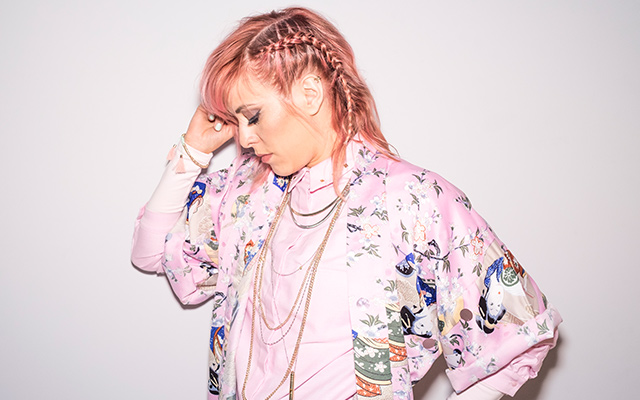 Francophone Album of the Year  2017

The songwriter Laurence Nerbonne is the instigator of a new musical project that is shaking what we know of pop music, as it is seen and produced from a woman’s point of view. Former leader of the (late) band Hôtel Morphée (ADISQ nominations, CKOI Francofolies Prize), the multidisciplinary artist from Ottawa signs here the whole production and composition of her first solo album, leaving behind the alternative rock tone, the violins and the guitars, to the benefit of a more actual electronic sound, minimalist and rich at the same time.

Nerbonne is bringing home a new movement, inspired by the Swedish pop rhythms and contemporary hip hop, all finely directed by Philippe Brault. XO is an electro-pop gem well-crafted, accessible and joyful, without any compromise on its integrity. Wielding the words with ease, Nerbonne is talking about love in the digital era, freedom, the desire to excel, hope, solidarity, courage and finally, feminism.

Graduate in Arts Management at HEC, professional painter and strong of her classical music training, she flirts with the infinite possibilities that brings diversification of creative tools, embracing self-production at all levels. While many are pessimistic about the disruption of the diffusion in the music industry, Nerbonne rather sees an opportunity to create pop on a human scale. A real breeze of freshness into the landscape of Canadian pop.