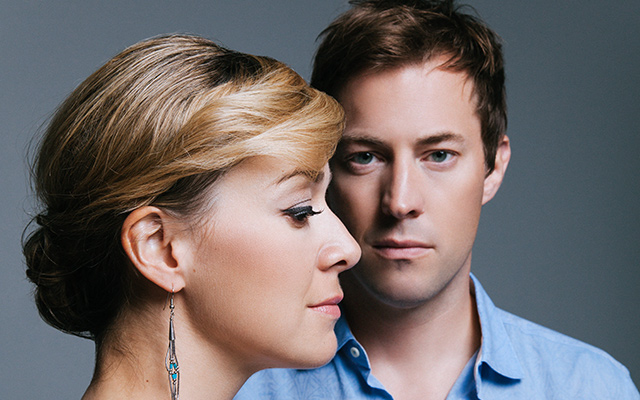 Contemporary Roots Album of the Year  2017

Siblings Matthew Barber and Jill Barber have garnered over 30 award nominations, including three JUNO Award nominations, between them in their highly successful solo careers. The Family Album, with sales of over 3,000 albums and over one million streams debuted at number 39 on the Top 200 in Canada and represents their first recorded collaboration. The Family Album has earned glowing reviews from The Wall Street Journal, Rolling Stone, No Depression, Acoustic Guitar Magazine and the CBC.

Jill Barber has sold over 100,000 albums since emerging on the music scene 10 years ago, and has racked up streaming numbers above 11 million. She has become one of Canada’s most successful and renowned performers, touring extensively throughout Canada, Europe and Japan. Matthew Barber is one of Canada’s most prolific singer songwriters, releasing seven albums over a ten year span. Matthew has licensed his music in various film and TV productions including Hockey Night in Canada and Heartland.

The Family Album was produced by Matthew Barber & Jill Barber, who have been nominated as “Producers of the Year” for the 2016 Canadian Music Folk Awards, and was mixed by Grammy Award-winner Micheal Piersante (Willie Nelson, Robert Plant & Allison Krauss, Elvis Costello, O Brother Where Art Thou).