CLASSICAL COMPOSITION OF THE YEAR | Kati Agócs | | The JUNO Awards 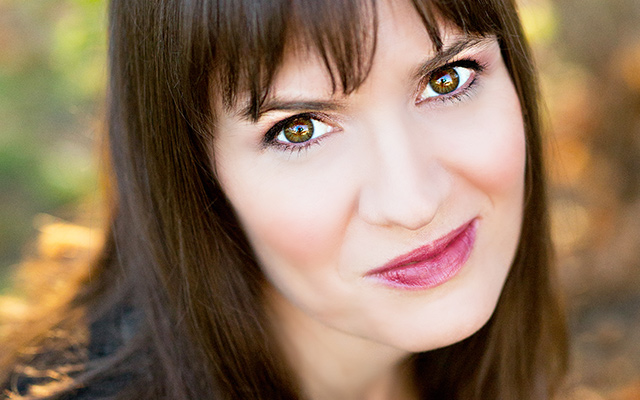 About the music of Kati Agócs, The Boston Globe has said: “Go, listen, and be changed.” She has been honoured and performed worldwide, delivering visceral power and otherworldly lyricism with soulful directness. From folk music of an imaginary culture to volatile spectralism, polytextual vocal ensembles to large symphonic forces, her work embraces the 21st-century orchestra in all of its protean possibilities. A recent Guggenheim Fellow, she is also a winner of the prestigious “Arts and Letters” award and the lifetime achievement award in music composition from The American Academy of Arts and Letters. Her 2016 album The Debrecen Passion inspired Audiophile Audition to name her “one of the brightest stars in her generation of composers” with MusicWeb International calling it "a moving, spiritual experience, both powerful and uplifting...music with a timeless appeal." Born in Windsor, Ontario, Agócs earned doctoral and Masters degrees from the Juilliard School, studying with Milton Babbitt, and currently serves on the composition faculty of the New England Conservatory in Boston. She maintains a work studio in the fishing village of Flatrock, near St. John’s, Newfoundland.