CLASSICAL COMPOSITION OF THE YEAR | Christos Hatzis | | The JUNO Awards 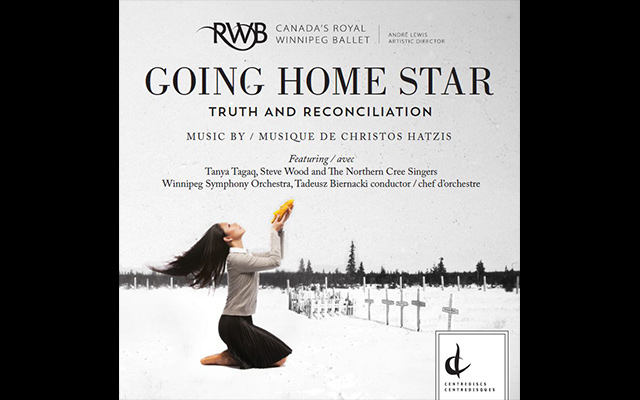 Born in Greece, educated in the United States, a Canadian citizen since 1985 and a Professor at the Faculty of Music at University of Toronto since 1995, Christos Hatzis is one of Canada’s most unique composers. His eclectic and powerful music is captivating audiences internationally and has been awarded several coveted Canadian and international awards including two JUNO Awards. He is the recipient of commissions from some of Canada’s and the world’s best-known soloists and ensembles, such as violinist Hilary Hahn, percussionists Beverley Johnston and Evelyn Glennie, the Gryphon Trio, The St. Lawrence and the Afiara String Quartets, l’Orchestre symphonique de Montréal, Symphony Nova Scotia, the Winnipeg and Thunder Bay Symphony Orchestras and the Royal Winnipeg Ballet. He has also been collaborating increasingly with artists from other genres of music, such as Canadian chanteuse Sarah Slean, Greece’s legendary folk/pop singer George Dalaras and American rapper Bugsy H., among others. Hatzis was the 2014 recipient of the “HHF Life Achievement Award” (the previous recipient was Mike Lazarides, founder and CEO of Blackberry).