CLASSICAL COMPOSITION OF THE YEAR | Ana Sokolović | | The JUNO Awards 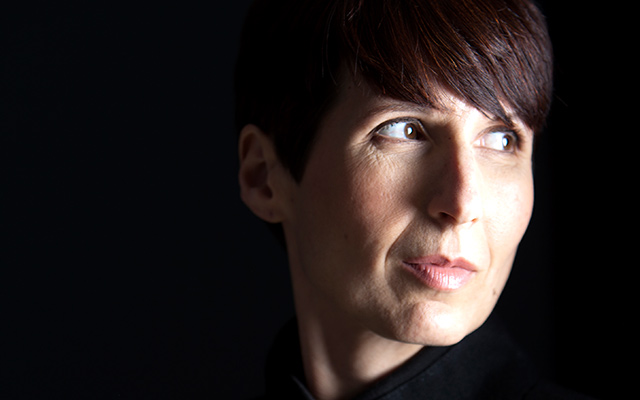 Ana Sokolović , And I need a room to receive five thousand people with raised glasses…or…what a glorious day, the birds are singing “halleluia”

Serbian-born composer Ana Sokolović, who has lived in Montreal for two decades, has been immersed in the arts all her life. Before taking up theatre and music, she studied classical ballet. She studied composition in Serbia, then completed a master’s degree at the Université de Montréal in the mid-1990s. Her work is suffused with her fascination for different forms of artistic expression. Both rich and playful, her compositions draw the listener into a vividly imagined world, often inspired by Balkan folk music and its asymmetrical festive rhythms. The winds of change brought by her work quickly vaulted her to a prominent position on the Quebec, Canadian and international contemporary music scenes.

Over the years, Sokolović has earned a steady stream of commissions and awards; and today her repertoire includes orchestral, vocal, chamber, operatic and theatrical pieces. In the summer of 2012, her opera Svadba-Wedding, commissioned and produced by the Queen of Puddings Music Theatre, received six nominations at the Dora Mavor Moore Awards and won for Outstanding New Musical/Opera. The opera then went on tour in Canada, the U.S. and Europe until 2017.

Sokolović recently received a prestigious commission from the Canadian Opera Company for a main-stage opera that will be premiered during the 2019/20 season. Sokolović also teaches composition at the Université de Montréal.

And I need a room to receive five thousand people with raised glasses…or…what a glorious day, the birds are singing “halleluia”
YEAR