CLASSICAL ALBUM OF THE YEAR: SOLO OR CHAMBER | Matt Haimovitz | | The JUNO Awards 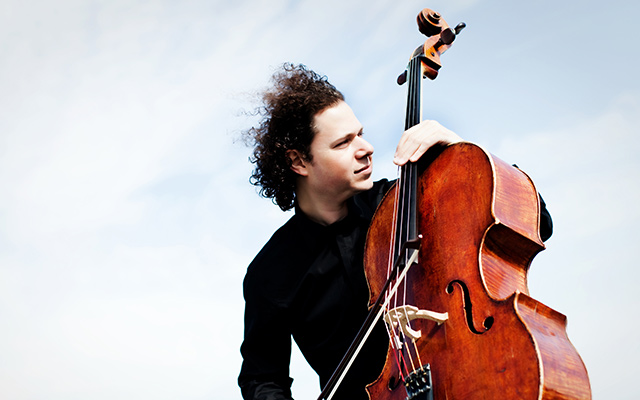 Grammy Award-nominated cellist Matt Haimovitz is praised by The New York Times as a “ferociously talented cellist who brings his megawatt sound and uncommon expressive gifts to a vast variety of styles” and as a “remarkable virtuoso” (The New Yorker).

Haimovitz made his debut at the age of 13, as soloist with Zubin Mehta and the Israel Philharmonic, then his first recording, at age 17, with James Levine and the Chicago Symphony Orchestra for Deutsche Grammophon. Haimovitz made his Carnegie Hall debut when he substituted for his teacher, the legendary Leonard Rose, alongside Isaac Stern, Shlomo Mintz, Pinchas Zukerman and Mstislav Rostropovich.

In 2000, Haimovitz made waves with his Bach “Listening-Room” Tour, for which he took Bach’s beloved cello suites out of the concert hall and into bars and clubs across North America and the U.K. He turned back to Bach for his 2015 recording, The Cello Suites According to Anna Magdalena, for the PENTATONE Oxingale series, followed by this year’s OVERTURES to Bach, featuring six new commissions that anticipate and reflect each of the suites. Other highlights this season include concerti with the Orchestre symphonique de Montréal, the Atlanta Symphony, Tokyo’s New Japan Philharmonic, and the Deutsche Kammerphilharmonie in Berlin.