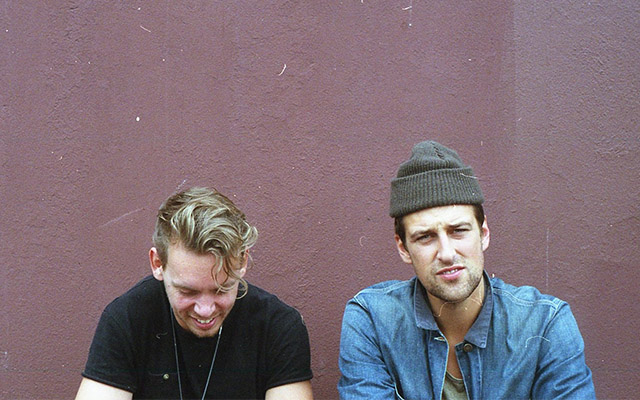 Electronic Album of the Year  2016

Since coming together in 2010, HUMANS has established itself through creating sounds that successfully fuse experimental electronic elements with catchy indie-pop hooks. Focusing on performance and production styles of both the past and present, HUMANS has consistently impressed audiophiles with their technical and compositional skills. Using a combination of synthesizers and instruments, the sound has a certain way of being very unique, while not tied to one specific genre.

The duo’s self-released EP, Avec Mes Mecs (2010), conveyed the blind, wild, captivating joy of unrestrained youth and seminal lyrics like “Who knew all we had to do was party” quickly made the EP a house party staple. The follow up EP, Traps, was released in 2012 with Hybridity Music and it saw critical acclaim and college radio success.

It led HUMANS on a North American tour including slots at Osheaga, Squamish Valley Music Fest, Bass Coast, SXSW, Shambhala and CMJ. When not making music, Slade works on a number of projects including Bass Coast Festival, while Ricq is a well respected indie director and illustrative visual artist.

Their debut LP, Noontide is an evolution of HUMANS carefully constructed, innovative mix of heavy electronics and modern pop sensibilities. The album is a synthesis of time and space, and a testament to the many influences that make up the band’s core. Noontide was released February 24, 2015, via Hybridity Music, one of Canada’s leading independent electronic labels.