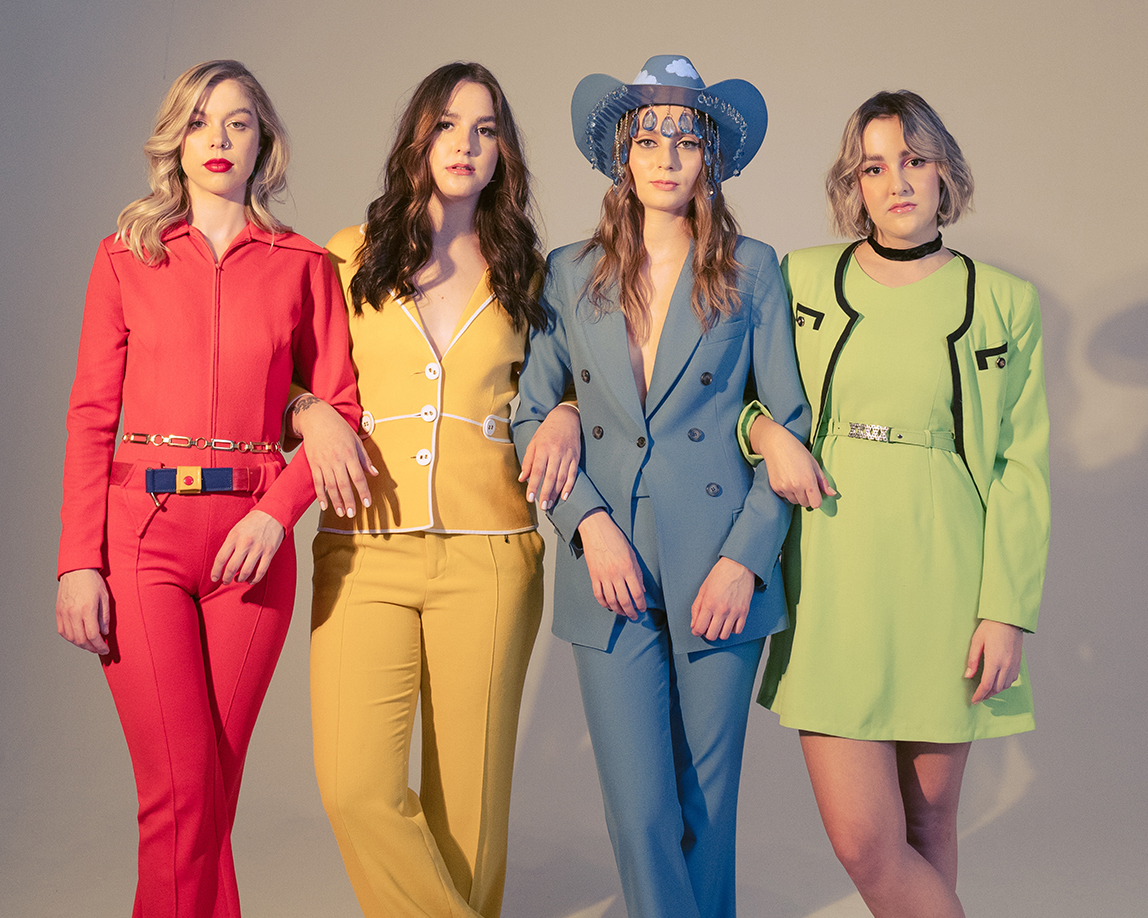 The Beaches , Sisters Not Twins (The Professional Lovers Album)

Miller sisters Jordan and Kylie remember picking up the guitar as young as six years old, eventually going to practices together. Soon, the pair would find themselves immersed in their own original songs. Eliza Enman McDaniel remembers being taught the guitar by her father at a young age, too. Her curiosity grew and from there she discovered other instruments, most importantly the drums, which she says she found in the comfort of her grandmother’s home. And Leandra Earl had a connection so profound to the keysthat, after 12 years of playing, she was going to dedicate her postsecondary education to classical piano.The Millers, along with Eliza, would eventually become a band.“We invited Eliza to our studio,and we ended up jamming together. The three of us have been playing ever since,” Kylie explains. The trio would be in another band at the time called Done With Dolls—a pop punk creation by Disney affiliate, Family Channel. But, as Kylie explains, it really wasn’twhat they wanted to do long-term. “In high school we decided to change our sound and the name of the band and that’s when we got our friend Leandra to join.”