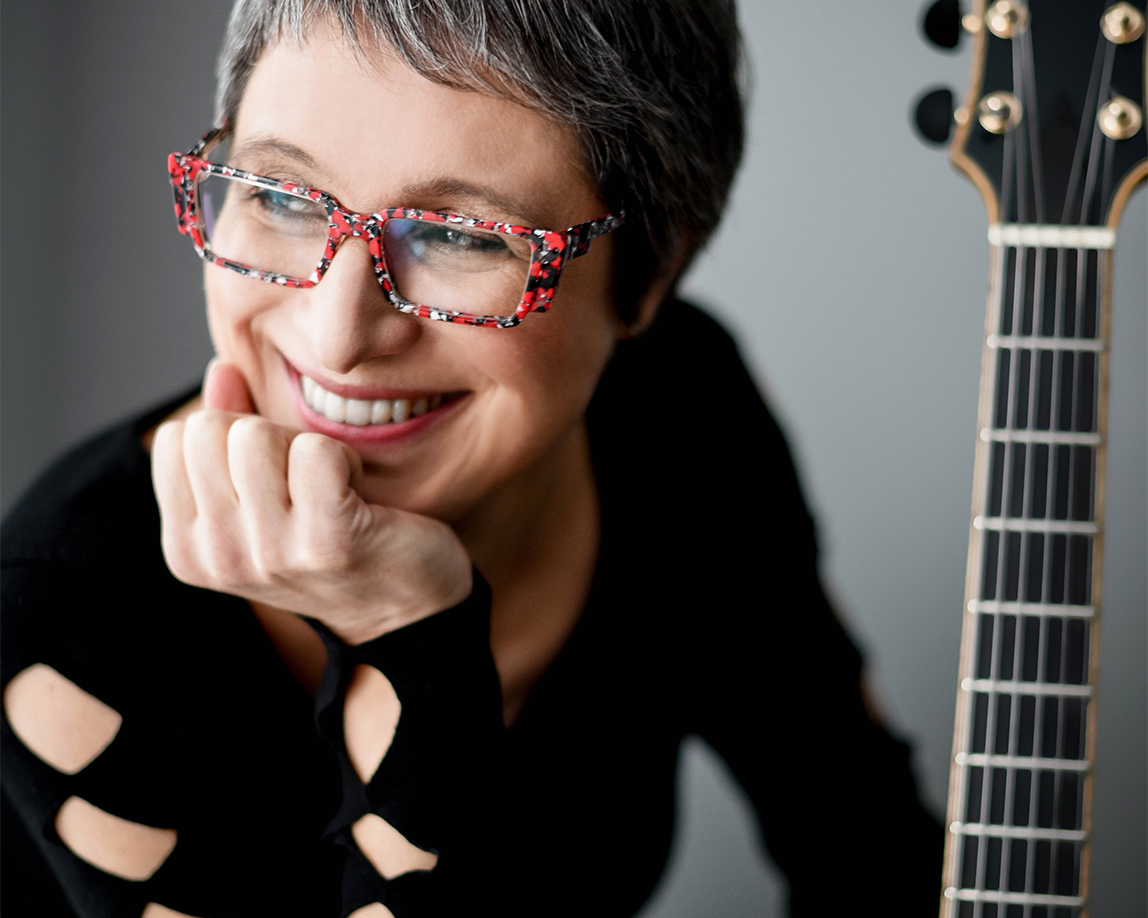 For more than 20 years, guitarist Christine Tassan has led her boat with brio, aplomb and an absolutely contagious dynamism. One of the rare female jazz guitarist and gypsy jazz soloists, she stands out with sensitive playing, quiet strength and irresistible boldness. Also singer, composer, author, director and producer, she takes part in numerous musical projects in Quebec and on the international scene, both as a leader and as a guest musician.

In 2003, she founded her gypsy jazz and swing songs group, Christine Tassan et les Imposteures, which was immediately successful and became a must of the gypsy jazz scene. Unique in its kind, this feminine ensemble performed in more than 600 festivals and venues in Quebec, Canada, Europe, United States and China.

In 2020, alongside Les Imposteures, here she comes with this new quintet project, “Voyage Intérieur”, which brings together ten instrumental compositions, the result of an introspective musical research. We can discover a new facet of the guitarist, with electric and bebop sounds.