2022 INTERNATIONAL ALBUM OF THE YEAR | Doja Cat | | The JUNO Awards 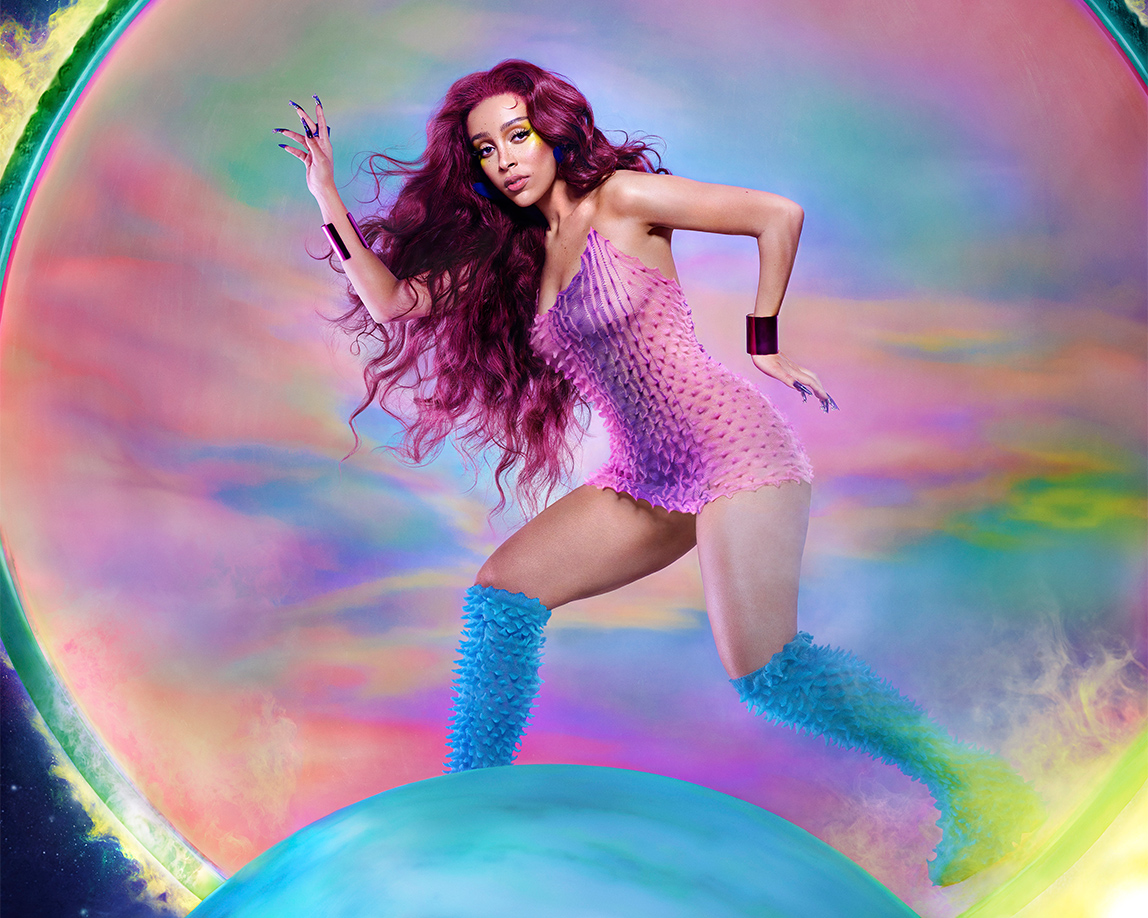 Born and raised in L.A., Doja Cat made her first upload to Soundcloud in 2013 at just 16-years-old. She developed a knack for music by studying piano and dance as a kid and listening to the likes of Busta Rhymes, Erykah Badu, Nicki Minaj, Drake, and more. Soon, she went from obsessing over Catwoman (the Halle Berry version) to “crate digging” on YouTube.

Signed to Kemosabe/RCA during 2014, she unveiled her acclaimed Purrr! EP. Its lead single “So High” impressively racked up streams and garnered praise from tastemakers such as Fader, Vibe, Paper, Pigeons & Planes, and more.
Cooking up vibrantly, candy-coated beats, dropping bars doubled-up on double entendre, and singing with claws out, Amala unlocks a sweetly sexy world soundtracked by wild hip-hop, twisted pop, and smoked-out R&B. Asserting a felineesque dominance and a style that can only be described as every color in a box of crayons, Doja Cat’s unapologetic charisma, charm, and confidence immediately take center stage.