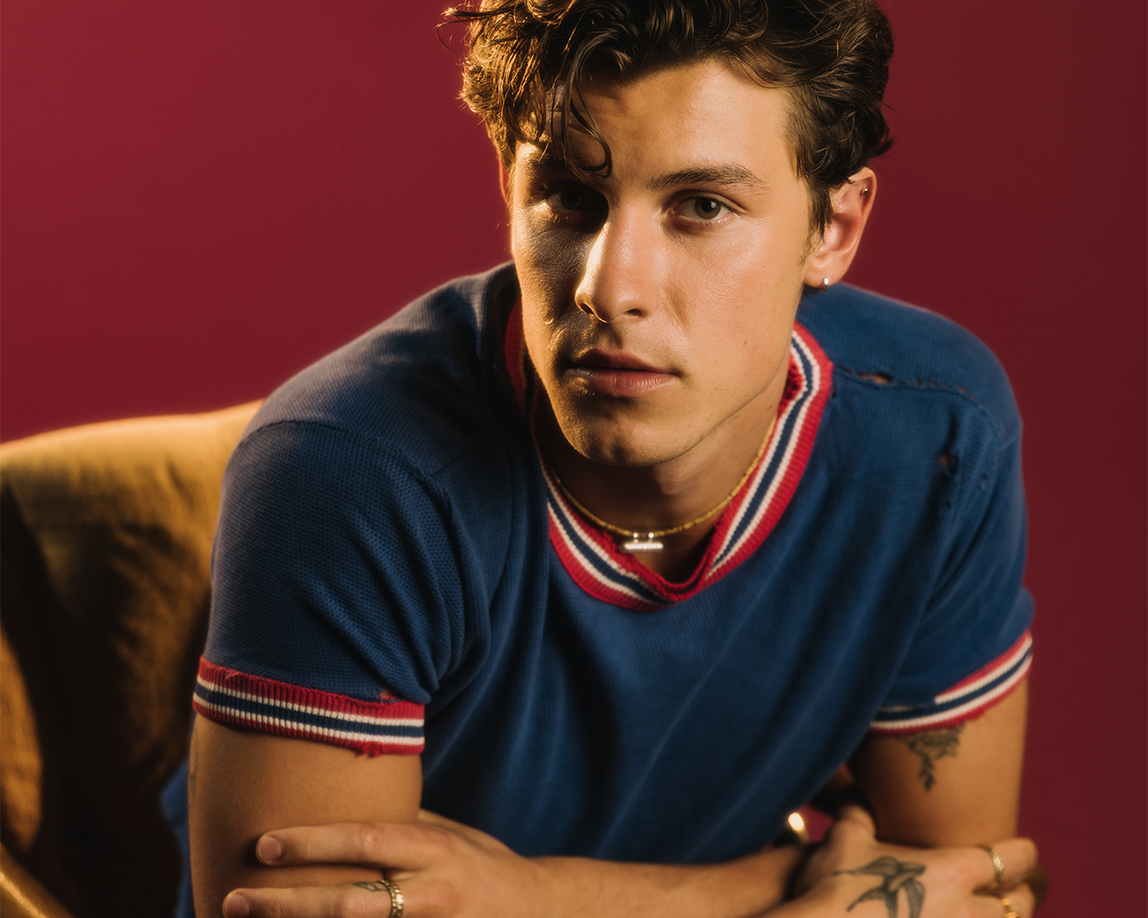 For almost a decade, Shawn Mendes has been capturing the hearts of fans across Canada and around the world. Born and raised in Pickering, Ontario, Mendes showed an early aptitude for music, teaching himself how to play guitar by watching videos online. Soon after, he began posting covers of well-known pop songs on YouTube and Vine and writing his own music. At the age of 14, Mendes had already gained an impressive following of three million viewers.

Mendes’s popularity online as the third most followed musician on Vine caught the attention of American talent manager Andrew Gertler in late 2013. By 2014, Mendes had signed with Island Records and released his first major-label EP which peaked at No. 5 on the Billboard 200.

Mendes released his full-length album Handwritten in 2015 featuring the seven-time platinum single “Stitches.” The album debuted at No.1 on the Billboard 200, making him one of five artists ever to debut at No. 1 before the age of 18.

“From his work as a singer-songwriter to the creation of The Shawn Mendes Foundation, [Shawn Mendes] has demonstrated an incredible commitment to music and cultivating the next generation of creatives.”
– Allan Reid, President & CEO, CARAS/The JUNO Awards

In 2017. Mendes released his three-time platinum hit “There’s Nothing Holdin’ Me Back”, securing his second No. 1 single. Since then, his career has continued to thrive far beyond Canadian borders. His Illuminate World Tour sold-out some of the largest venues in the world including Los Angeles’ Staples Center and London’s The O2 Arena within minutes.

The 11-time JUNO Award winner’s fourth studio album, Wonder, was released in 2020 to rave reviews. Debuting at No.1 in multiple global markets, including the Billboard 200 Chart, Wonder marks Mendes’ fourth consecutive No.1 album. On top of that, he has released countless chart-topping hits and four No.1 albums, achieved 62 billion global streams and 10 billion video views, and embarked on several world tours and Arena Shows including a 2019 hometown performance at Rogers Centre.

Mendes has over 62 billion global streams and 10 billion video views. He topped Billboard’s “21 Under 21” in 2017 and 2018 and has been featured on Forbes “30 Under 30,” Spotify’s “25 Under 25,” and Time Magazine’s “Time 100 Most Influential”. In 2018, ROI Influencer Media recognized Mendes as the #1 Most Influential Artist and #1 Most Influential Teen across all social media platforms.

In 2019 Mendes launched The Shawn Mendes Foundation, which seeks to inspire Shawn’s audience, the youth generation of today—to learn about those causes that they are passionate about and help empower them to use the voice they have to bring change to the world by taking action & giving back. As part of its ongoing mission, the Foundation provides resources and support to amplify the voices, messages, and platforms of young leaders driving positive change.