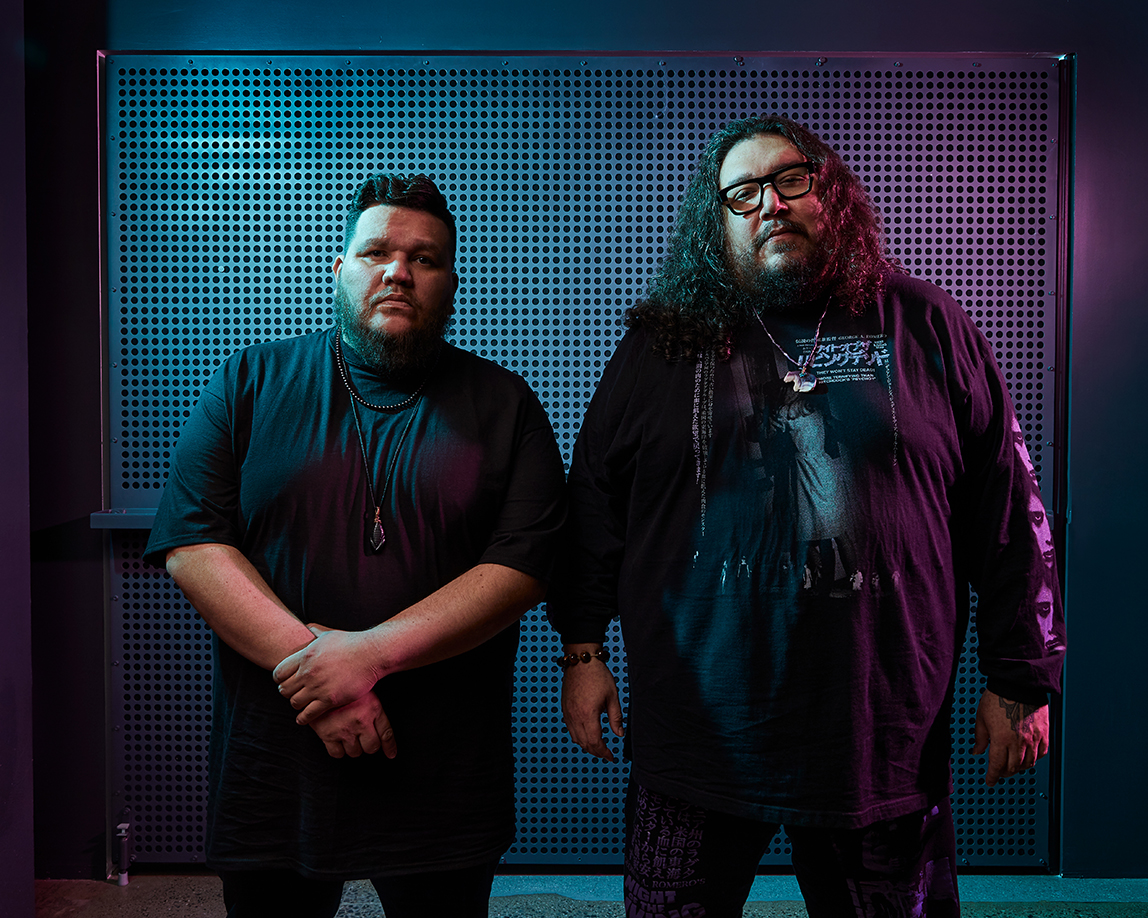 Welcome to … The Halluci Nation.

As they enter a new cycle, Bear Witness and Tim “2oolman” Hill of A Tribe Called Red are reintroducing themselves as The Halluci Nation, to reflect the evolution of their music and mission. The late artist, poet and activist, John Trudell, coined the expression the Halluci Nation to describe the global community who remember at their core what it means to be human, and live life in line with Indigenous values. Trudell recognized the connections between what he’d accomplished, and what ATCR did intuitively through music and art that helped these ideas to resonate.

Trudell’s voice will be the first heard on The Halluci Nation’s upcoming record, One More Saturday Night, a genre-oblivious homage to the Electric Pow Wow gatherings launched at Ottawa’s Babylon nightclub in 2007 by the DJ crew. That night helped materialize the group’s boundary-smashing vision to connect the dots between traditional Indigenous dance music and post-rave electronic music, into the future in entirely unexpected ways. In their new album, The Halluci Nation flex their muscles as uncommonly versatile producers, respectfully hitting familiar marks while decisively staking new sonic ground.