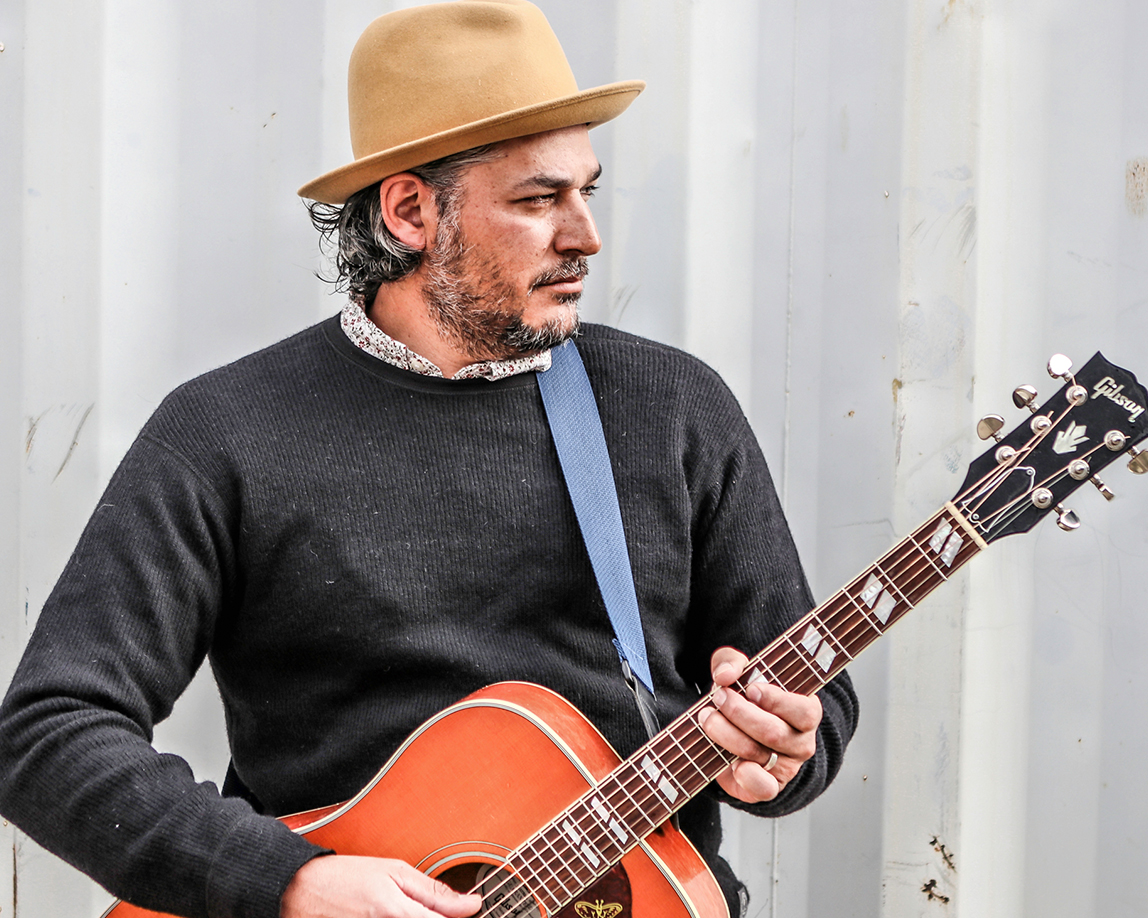 Adrian Sutherland , When The Magic Hits

Adrian Sutherland is a roots-rock recording artist with heart from Attawapiskat First Nation on the James Bay in Northern Canada. He’s a singer, songwriter, musician, speaker, author, and advocate. He’s a father of four, a grandfather to four, a traditional knowledge keeper, and respected cultural leader, fluent in Mushkegowuk Cree.

After building his own recording studio in a shipping container out of necessity during the pandemic, Adrian completed tracking for his debut album When The Magic Hits, which was released September 17, 2021, and is on the ballot for the 64th GRAMMY® Awards. He also scored his first television series, Unsettled by Jennifer Podemski, from his aptly named ‘SeaCan Studio’, and began writing his first book for Penguin Random House Canada.

The fascinating frontman and founder of all-Cree rockers Midnight Shine, Adrian released four albums with the band before shifting to solo projects in 2019. His debut solo single was the award-winning Politician Man, nominated Best Music Video at the 46th American Indian Film Festival in November 2021.

Adrian cares deeply about many causes, and is using his music and voice to share first-hand perspective on issues facing First Nations like contaminated water, housing shortages, food insecurity, addiction, and mental health. At a time of growing awareness around Reconciliation, Adrian is hopeful for Canadians to better understand one another, and take further steps together.