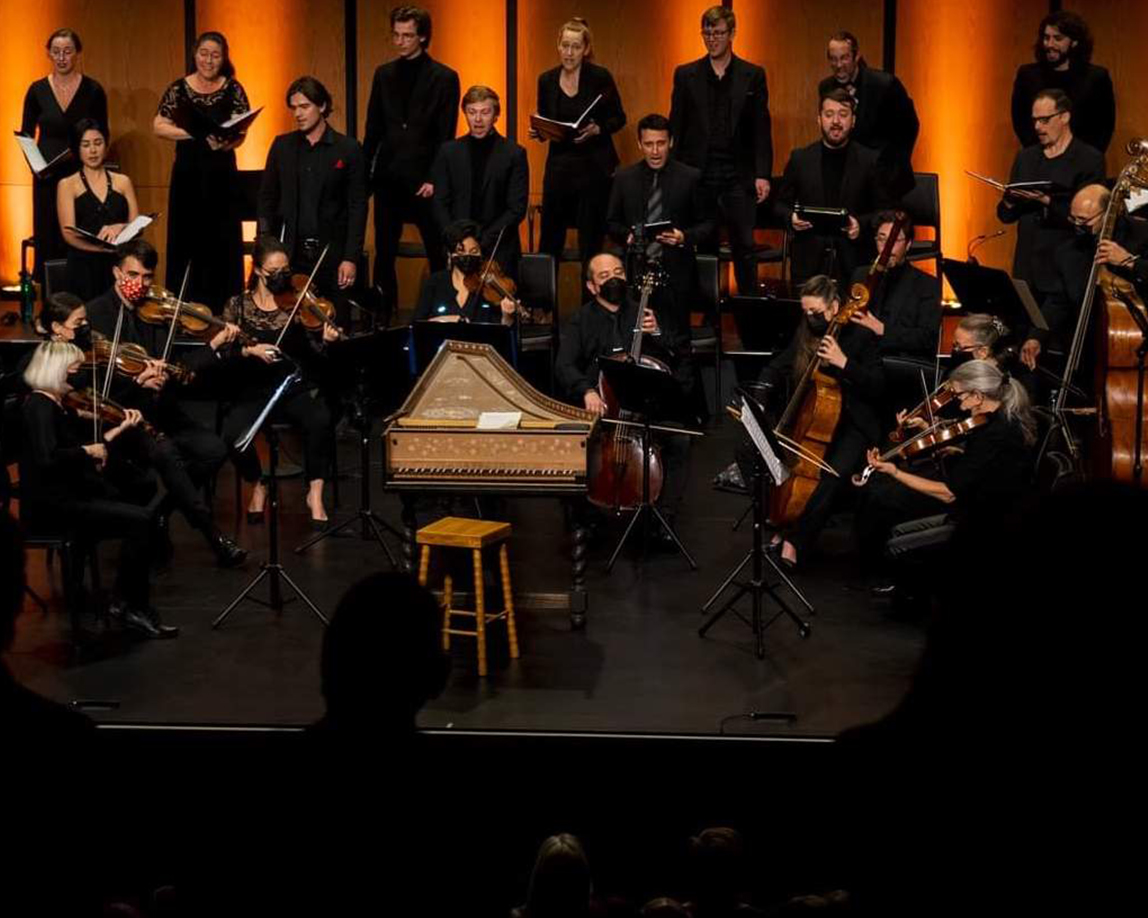 Founded in 2010 by co-directors Mélisande Corriveau and Eric Milnes, ensemble L’Harmonie des saisons inspires audiences with its fresh and unique musical approach. After presenting forty different programs in over 150 concerts, the ensemble, which performs on period instruments, continues to expand its acclaim throughout Quebec, Canada and abroad. Their recordings on the ATMA Classique label – Las Ciudades de Oro, Pardessus de viole and Marin Marais : Badinages – have been the recipients of the coveted JUNO prize, the Prix Opus, Radio-Canada’s Recording of the Year, among the CBC’s Top Ten CDs of the Year, and made the Apple Music prestigious TOP Ten Classical Recording list.

Canadian soprano Hélène Brunet is hailed by the critics as “a singer of tremendous quality” with “a voice of perfect beauty and sincere expression”. Recognized for her interpretations of the works of Bach, Handel, and Mozart, her repertoire extends from Baroque to the music of the 20th and 21st centuries.