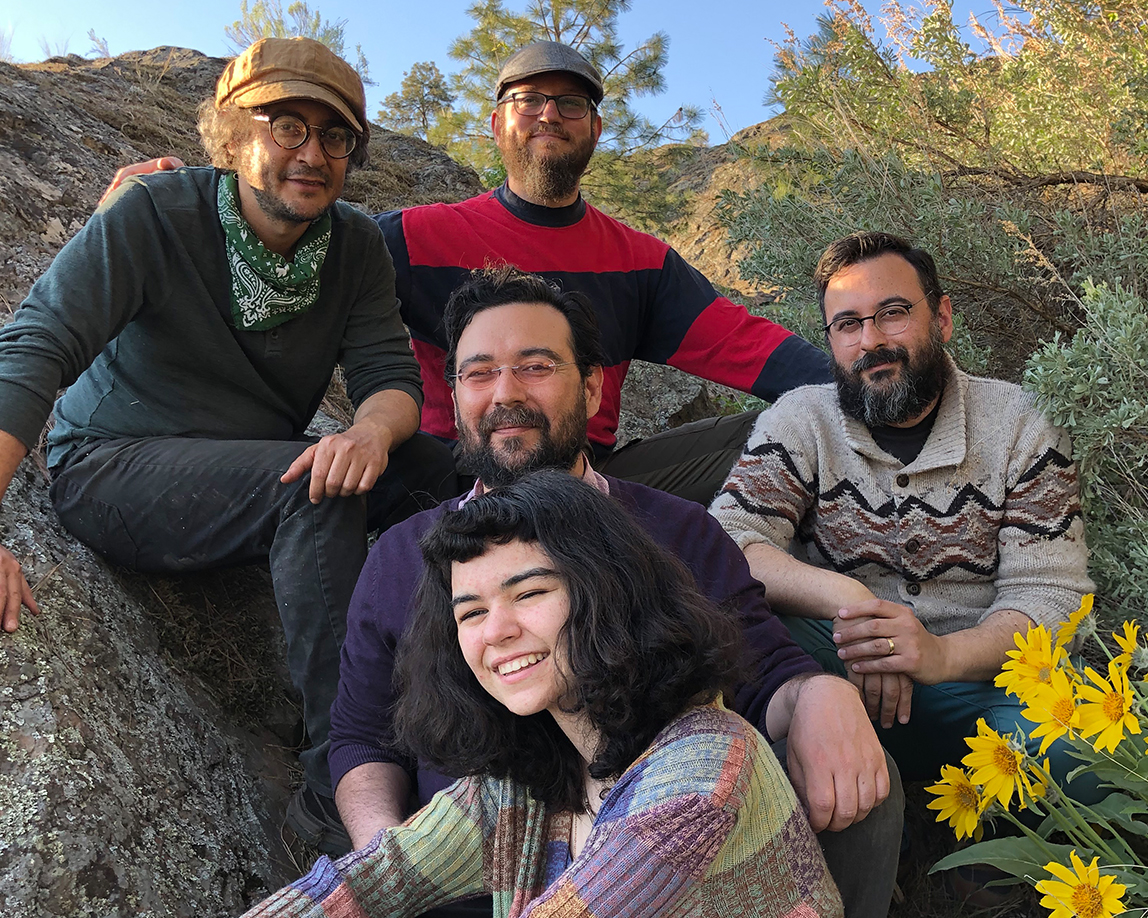 The Oot n’ Oots , Ponderosa Bunchgrass and the Golden Rule

The Oot n’ Oots make kids music that is, to quote Jerry Garcia, not for kids only. Drawing on diverse influences from the history of rock n’ roll, this is a band with chops, soul, and swagger. Their original songs are wildly imaginative, brimming with humour and inspiration.

Hailing from the Okanagan Valley, BC, the band includes 14-year-old Ruth Cipes(described as “a force of nature” by Spare the Rock, Spoil the Child host Bill Childs)with her dad Ez and uncles Ari, Gabe, and Matthew. In performance the group casts a spell of freedom, lightheartedness, and laughter. This is truly entertainment for the whole family, enlivening community, joy, and understanding through free-spirited musical performance.

The band has appeared at numerous festivals including the Philadelphia Folk Festival,been nominated for two WCMAs and a Canadian Folk Music Award, and appeared on the Fids and Kamily Awards top 20 albums in 2018. “Thank You Universe”, the first single from an as-yet-unreleased album, was named #3 Song of the Year in 2020 by a poll of children’s radio programmers in the USA.

The The Oot n’ Oots will release their third album, Ponderosa Bunchgrass and the Golden Rule, on October 15, 2021.