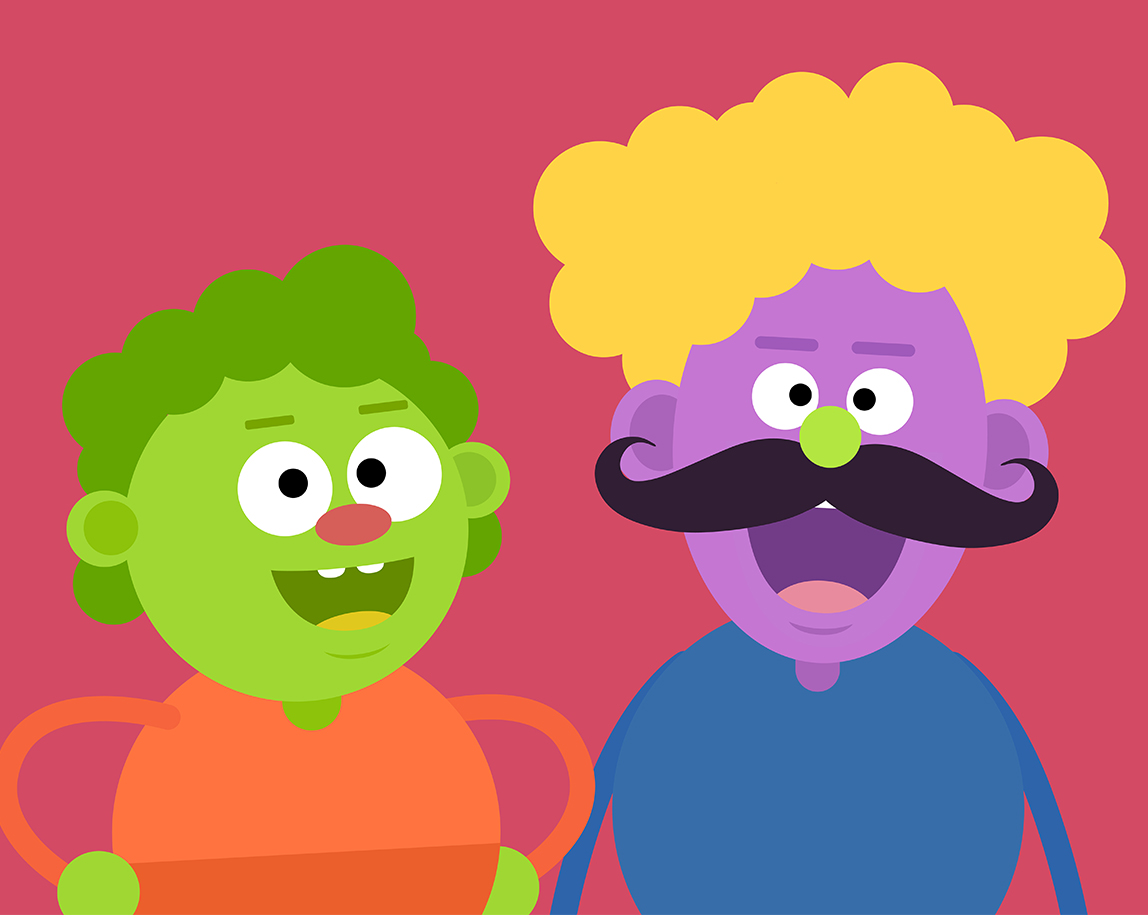 ABC Singsong is a funny and smart series of music videos made to entertain while teaching young kids the fundamentals of literacy and expanding vocabulary. The series features a cast of colourful characters who sing tunes about letters, numbers and words in a multitude of musical styles.

Director and animator, Warren Brown and composer and recording artist, Adam Goddard both hail from Grimsby, Ontario where the duo attended the same pre-school. Adam and Warren re-connected years later in Toronto and began collaborating on projects combining music and animation. What resulted was the widely acclaimed TV series, Big Block Singsong. It garnered the duo accolades such as a Youth Media Award of Excellence, a Parent’s Choice Award, two JUNO nominations and the 2020 JUNO Award for Children’s Album of the Year.

Now they’re back at it entertaining and educating young kids this time. ABC Singsong was designed to complement Ontario’s Early Years Literacy and Mathematics Curriculum. ABC Singsong is available on air and online across Canada as part of TVO’s award-winning children’s programming block. ABC Singsong was nominated in 2021 for a Youth Media Award of Excellence and the JUNO Award for Children’s Album of the Year.