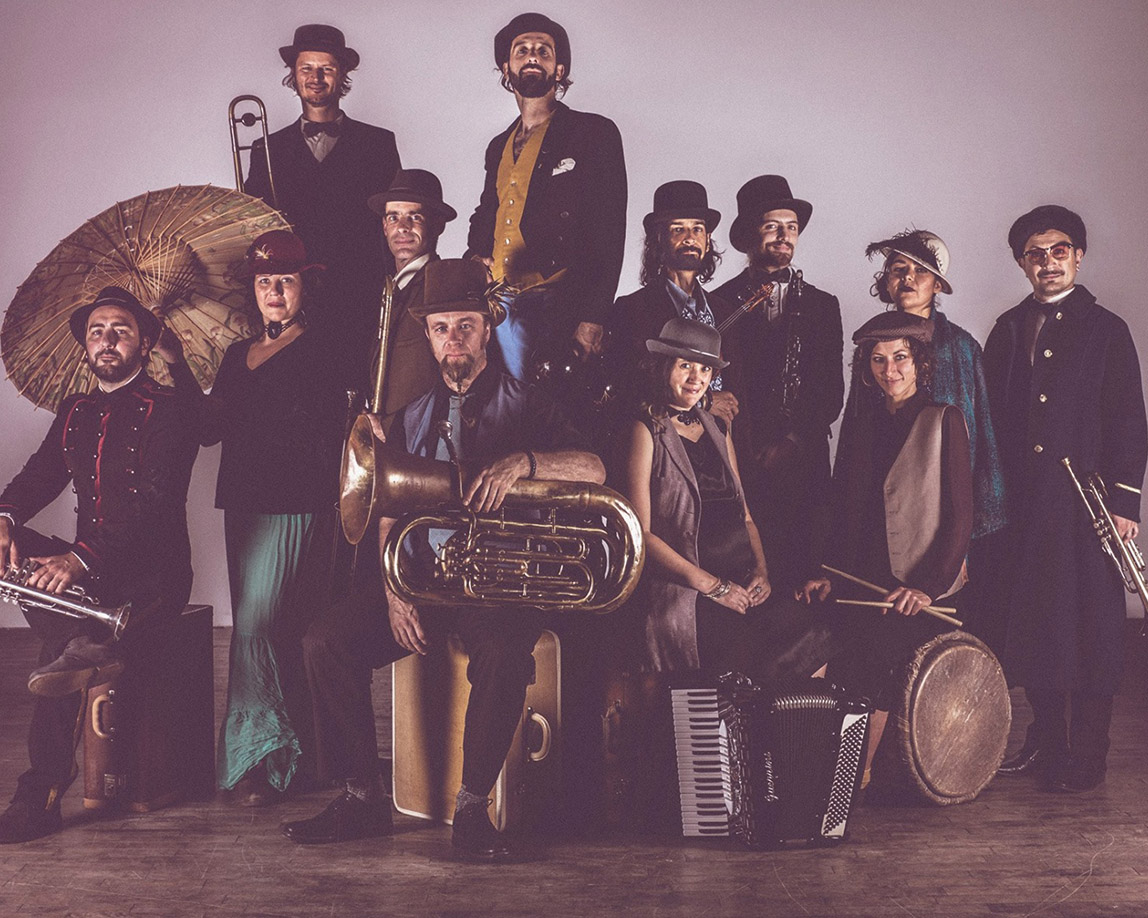 Velkombak is the second album from JUNO-nominated live touring sensation Gypsy Kumbia Orchestra (GKO). It features a dozen original compositions that greatly expand the musical palette of the band, with strong influences from India, the Andes, Quebec, Spain, Latin America and the Balkans, as well as other popular music styles such as ska, big-band jazz and funk. This mix of brass, strings, accordeon & clarinet with traditional percussion is a uniquely Canadian recipe, connecting disparate cultures and traditions through the common thread of cumbia’s rhythmic language. The songs on the album also support the storyline of the new choreographed and staged live show.VELKOMBAK

Created by Colombian artists Carmen Ruiz and Sebastian Mejia, with musical direction by Anit Ghosh and Aurélien Tomasi. GKO brings together fifteen talented professional artists from diverse backgrounds who make the company a Montreal reference for euphoric energy and creative bounty. Their shows are a musical, visual and sensory experience with elements of theatre and circus art. The band has been active since 2012 touring regularly across Canada, Colombia and Europe while maintaining a strong presence in Montreal with monthly sold-out concerts at La Sala Rosa. All of the band members are also leaders of independent side projects.