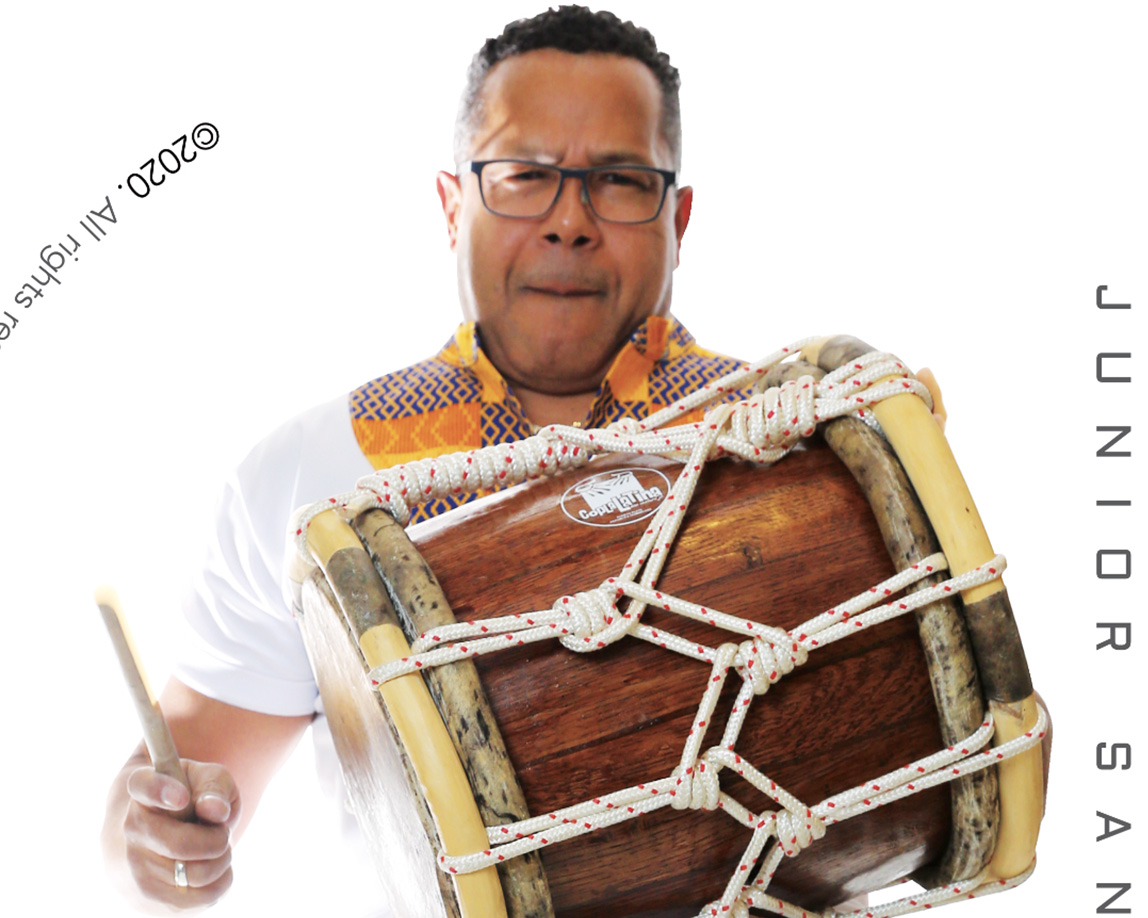 Junior Santos was born in the Dominican Republic and developed an early interest in music while watching his father’s band rehearse in their backyard. By the time Junior was 15 years old, he was already performing professionally with different bands throughout the DR.

Junior’s musical interest was influenced by the Afro-Dominican and Afro-Cuban genre.

Junior came to Canada in 1989. He attended the music program at Humber College and performed with a number of influential bands and artists on the Toronto music scene.

In 1992 Junior put together “Dominicanada”, the first Merengue band in Toronto. They were invited to perform at different venues throughout Canada including Breakfast Television on CITY-TV. They also opened for Celia Cruz, Eddy Santiago and Tito Puente.
In 1997 Junior wrote, produced and recorded a Merengue Album called “Soy Yo”.

Most recently, Junior has been playing as a freelance musician with Laura Fernandez, Joaquin Nunez Hidalgo, Zeynep Ozbilen, Roberto Linares Brown, Don Nadurlak , Kalabash and a number of other local bands throughout Ontario.

In July 2020, Junior released his first full-length CD “Conpampiche” and was featured on Cafe Latino on 91.1 Jazz FM as well as Big City, Small World with Errol Nazareth.