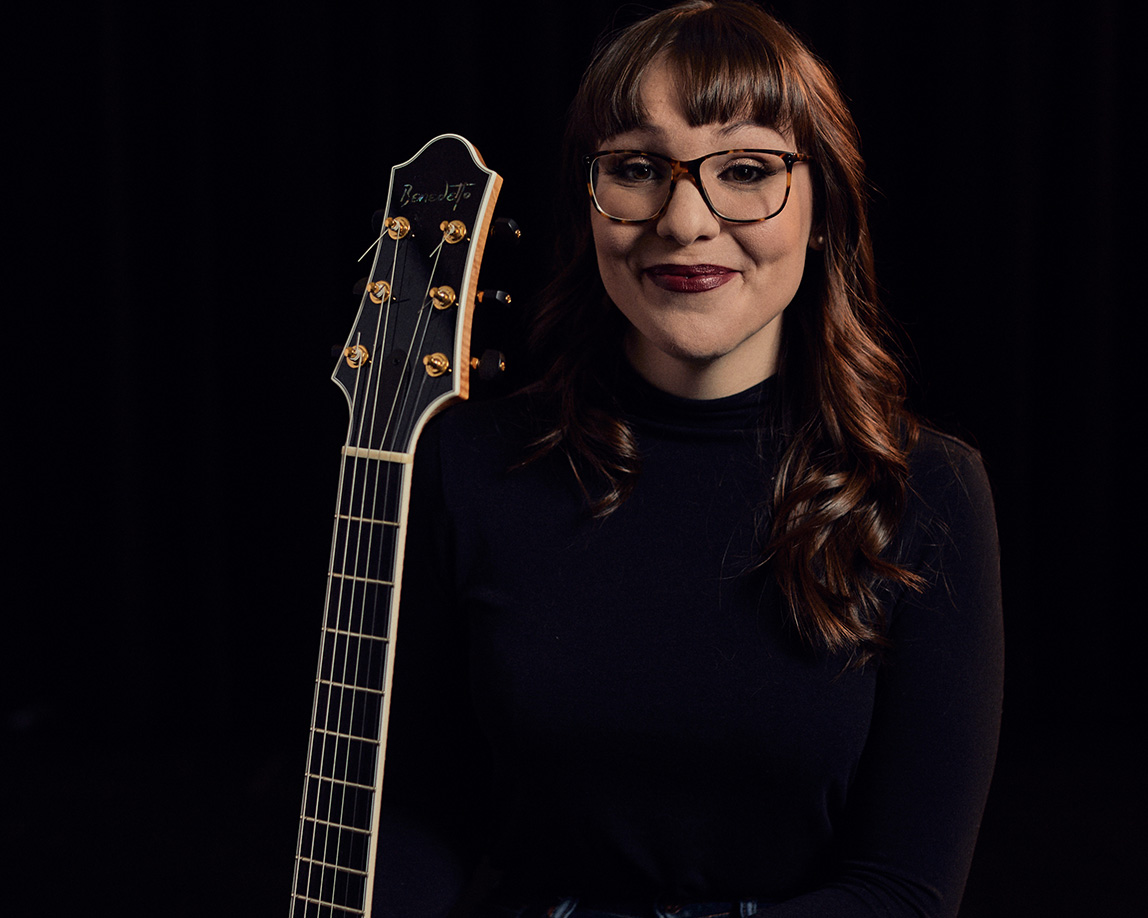 Born and raised in Winnipeg, Manitoba, Jocelyn Gould became enthralled with the guitar as a teenager. After obtaining her Bachelor of Jazz Studies from the University of Manitoba and Master of Jazz Studies from Michigan State University, she relocated to New York City in 2018. Jocelyn has performed internationally in the bands of legendary vocalist Freddy Cole, Downbeat rising star trombonist Michael Dease, trumpeter Etienne Charles and bassist Rodney Whitaker. As a side player, she can be heard on albums by Thelonious Monk competition winner Jon Gordon, guitarist Randy Napoleon, trombonist Michael Dease, saxophonist Diego Rivera and pianist Will Bonness. She has performed at acclaimed jazz festivals such as the Detroit Jazz Festival, St. Lucia Jazz Festival and the Toronto Jazz Festival. In 2018, Jocelyn won first place in the Wilson International Jazz Guitar competition in the United States.

In 2019, Jocelyn relocated to Toronto and began a position as Head of Guitar Department and Professor at Humber College. She is currently the youngest member of the acclaimed faculty, and one of the very few women worldwide to hold guitar chairs in higher music education.

In March 2020, Jocelyn released her debut album as a leader, entitled “Elegant Traveler”.