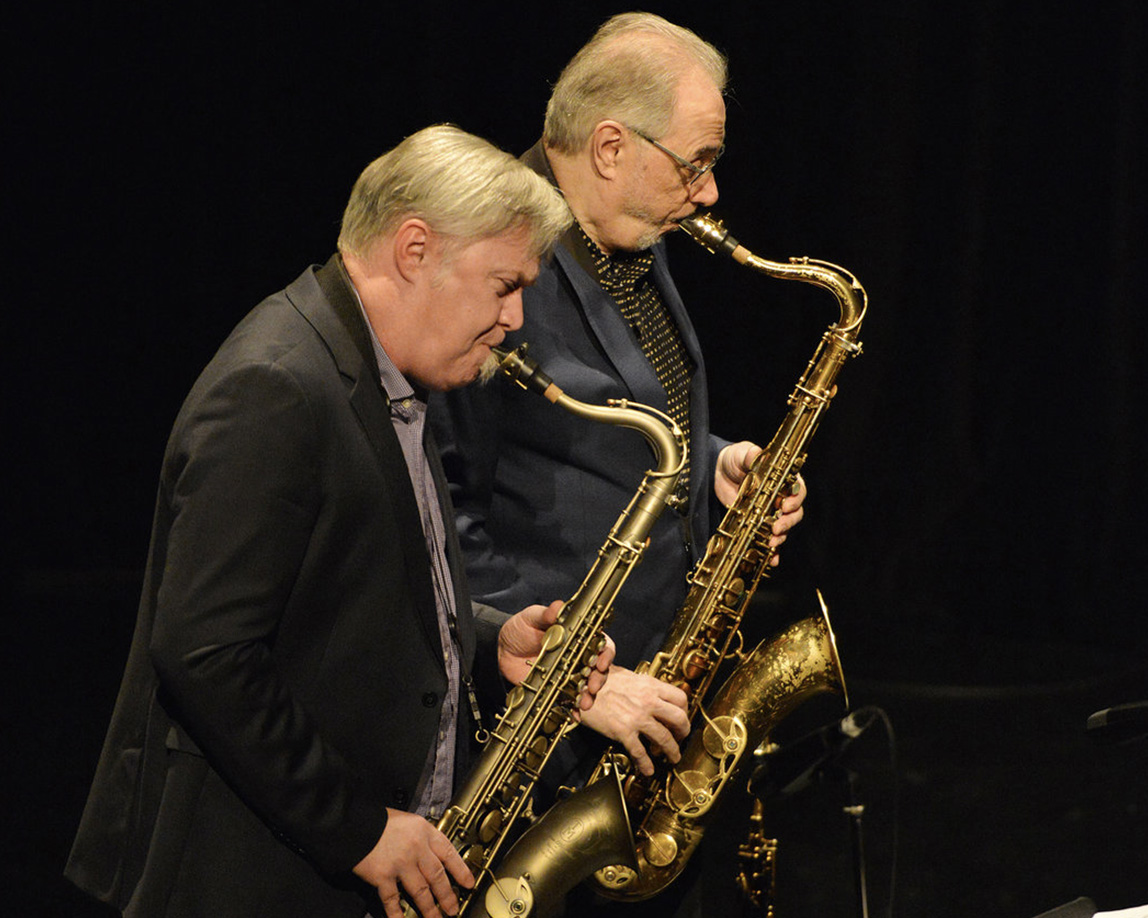 Pat LaBarbera , Trane of Thought, Live at the Rex

With an established reputation as one of Canada’s leading saxophonists, Kirk MacDonald cut his first record at the age of thirteen. Throughout his career, he has received numerous awards, and has worked with many leading musicians in a variety of musical genres. He has performed on over fifty CDs as both leader and sideman. In addition to performing extensively throughout Canada, he has also performed in the USA, Europe, Australia, Asia, Africa and the Caribbean! For over thirty years Kirk MacDonald has worked and recorded with many leading Canadian, U.S. and International jazz musicians with having over 100 performances of Kirk MacDonald’s compositions appear on 25 albums, both as leader and on recordings by other artists.

Throughout his career, he has received numerous awards, including 2 JUNOS garnered from 6 JUNO nominations, an East Coast Music Award, the SOCAN Outstanding Jazz Artist of the Year, a Lifetime Achievement Award from the Toronto Musician’s Association among many others.

Kirk MacDonald has been active as an educator for 30 years at leading jazz studies programs such as The University of Toronto, Humber College and McGill University. Through his work with these programs, numerous live performances, recordings, master classes and workshops throughout Canada and internationally, Kirk has become one of Canada’s most respected and in demand educators and has an amazing reputation to up and coming jazz musicians across the globe!

Pat LaBarbera, a true intellectual of improvisation, has been among the key members of the Toronto jazz scene for more than 30 years. His profuse repertoire gradually grew through his experience acquired as a soloist for different jazz bands, as well as various projects as a leader, and a lot of respected studio work. He has played with many of the great musical icons of our time, from Frank Sinatra, Tony Bennett, Ella Fitzgerald and Dizzy Gillespie, to The Supremes, The Temptations, and Stevie Wonder. For seven years he toured and recorded as featured tenor saxophone soloist with the Buddy Rich Band. His music has taken him around the globe, but for more than thirty years he has called Ontario home, and now teaches with the Faculty of Music at Humber College.

Trane of Thought, Live at the Rex
YEAR