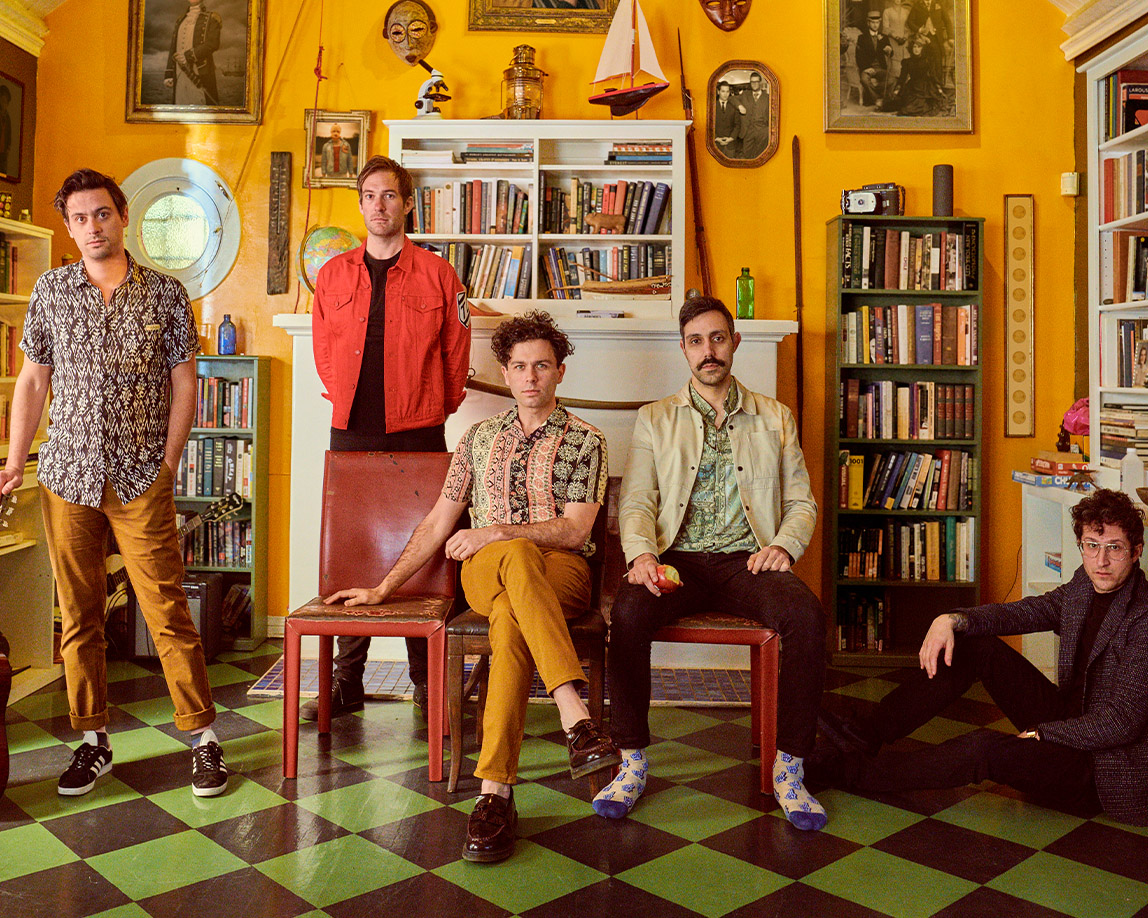 Hailed by The Globe and Mail as “the right kind of band for this decade,” Arkells are widely considered one of the most passionate, exuberant and in-demand live bands working today. As radio mainstays, sport-sync shoe-ins and curious students of culture, Arkells have remained ever present – building awareness and personal community experiences around their live shows and new music at every turn. The most emblematic example of this being The Rally, Arkells hometown concert that sold 24,000 tickets and hailed as one of the biggest headline shows in the country.

To follow came North American and international headline touring that included their first sold-out concert at Scotiabank Arena and selling-out Toronto’s premiere summer venue – Budweiser Stage – in one day. Arkells’ touring over their last album cumulatively raised over $100K for charity, via the band’s partnership with Plus1. While off the road in 2020, Arkells pivoted to their first acoustic-leaning project, Campfire Chords – a deluxe LP & play-at-home guitar chord book inspired by their most beloved hits, and the band’s live streamed interactive music lessons that moved fans to learn new skills while “flattening the curve” from home.