2021 CLASSICAL COMPOSITION OF THE YEAR | Samy Moussa | | The JUNO Awards 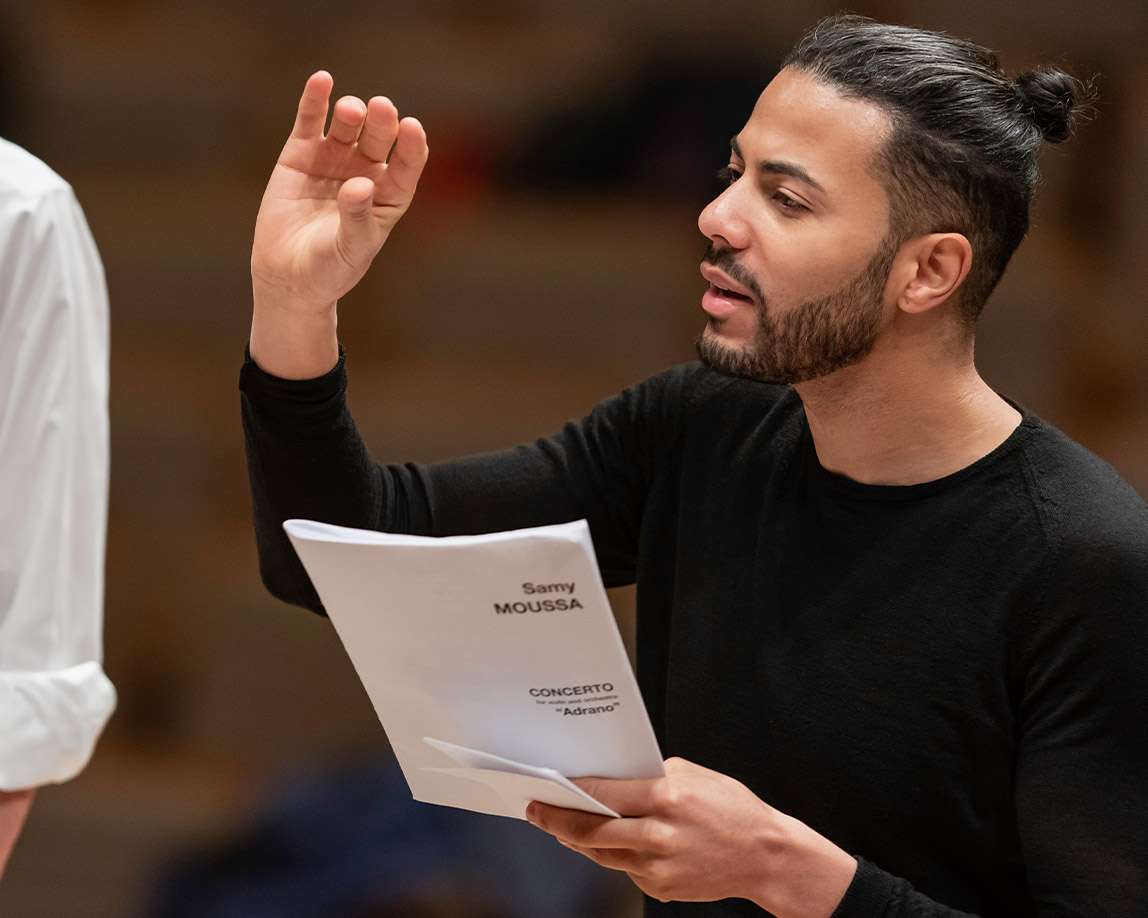 Classical Composition of the Year  2021

The Montreal-born composer and conductor Samy Moussa enjoys a flourishing career in Canada, France, and Germany, where he now lives. Both of Moussa’s operas, L’autre frère and Vastation, were premiered at the Munich Biennales in 2010 and 2014. Pierre Boulez commissioned him to write an orchestral work for the Lucerne Festival, which was premiered in 2015. His Violin Concerto, subtitled Adrano in reference to an ancient fire god who was said to have lived under Mount Etna which inspired Moussa’s work when he visited it, was premiered by the OSM and soloist Andrew Wan, led by Kent Nagano, on November 28, 2019. The Concerto consists of four movements: two principal ones – the first and the third – separated by a cadenza and concluding with an epilogue. It opens with a slow introduction in the low flutes and a pair of double basses. From this sound mass, the solo violin emerges with an ascending scale until it reaches a more melodic passage, where a new slow section begins. This material is heard twice, each time resulting in a climax; the second of these is more decisive and intense. The second movement is an accompanied cadenza featuring arpeggios of harmonics. The third movement, centred around the note B, is quick and relentless. For an epilogue we hear a variant of the concerto’s slow introduction leading to a quiet, serene ending.