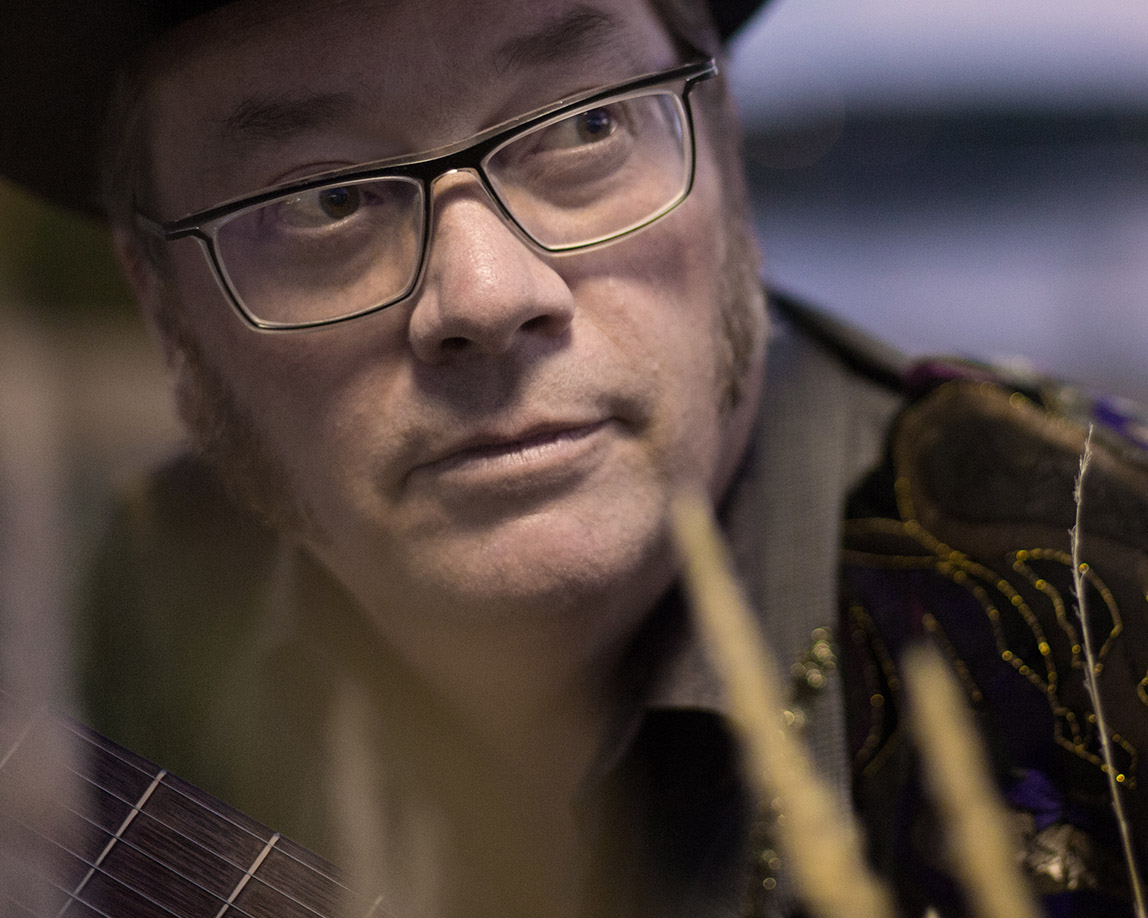 Canadian roots music hero Rick Fines has had a long and storied career as one of the country’s hardest working musicians. He has toured across Canada countless times solo, as a duo or with a full band and has recorded over 14 albums and has been a guest on many others. Steeped in roots music, Rick Fines crafts a unique blend of warm-hearted blues, juke joint folk, and dockside soul that both embraces and defies the genres that influence him. As a veteran of the North American blues and folk circuits, he engages audiences with captivating songs, diverse guitar styling and his signature vocal growl. Rick’s career has seen him working in stellar collaboration and as a successful solo act. First gaining attention as part of the legendary Jackson Delta, he’s since released four solo albums, another with his own Rick Fines trio, and a critically acclaimed disc with fellow troubadour, Suzie Vinnick.