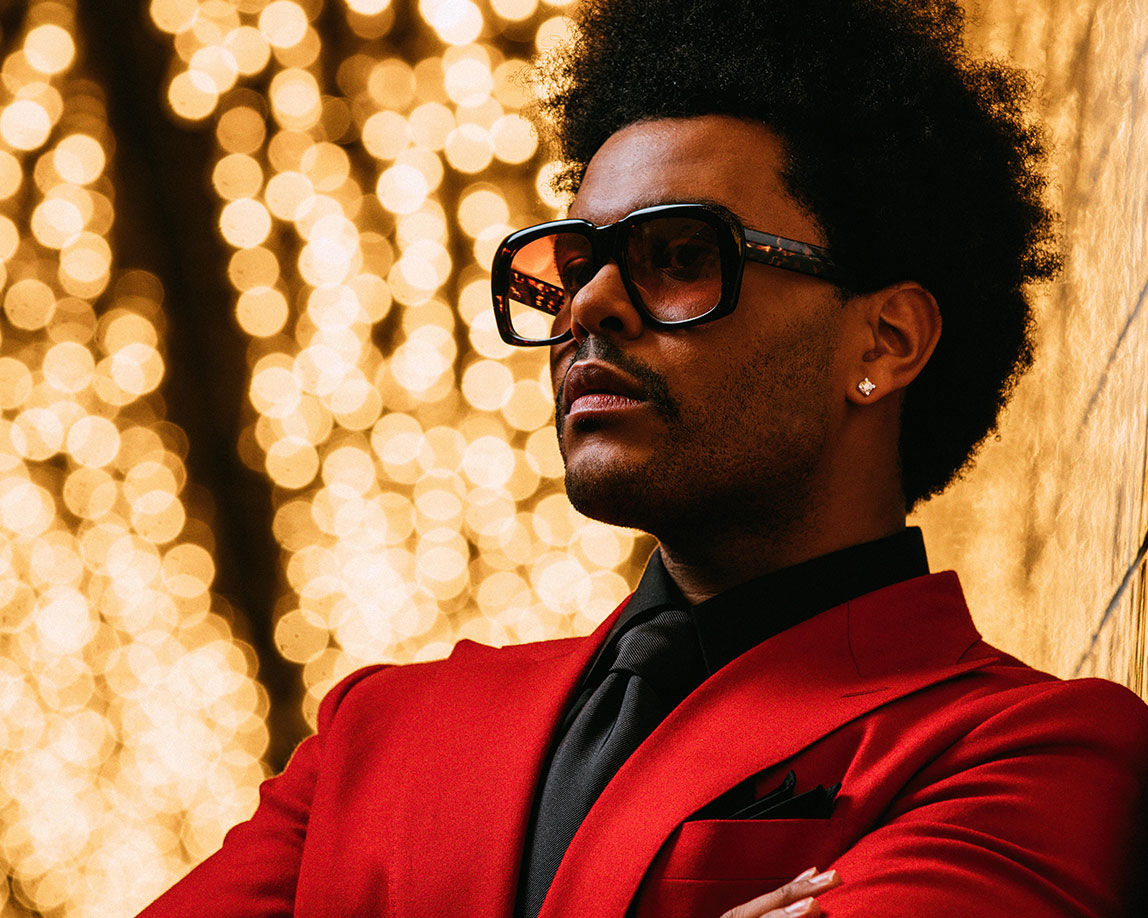 Filtering R&B and pop through an ambitious widescreen lens, The Weeknd took over popular music and culture on his own terms. The multi-platinum three-time GRAMMY Award winner is the #1 most listened artist in the world on Spotify and is a top 10 artist of all time for RIAA singles. His 2020 album After Hours is the #1 most streamed R&B album of all time (followed by his 2016 album Starboy at #2), and his 80’s nostalgic track “Blinding Lights” went 5X RIAA- certified platinum and broke the record for Billboard’s longest-running #1 on its US radio chart.

The track quickly became his fifth to go #1 on the Billboard Hot 100 (following Heartless’ immediate #1 debut), holding the spot for four weeks and later breaking the record for most weeks spent in the top five in the chart’s history. Alongside his gilded musical career, he’s graced the covers of CR Men, King Kong, TIME, Forbes, Variety, Rolling Stone, Esquire, Harper’s Bazaar, and GQ along with the late night stages with heralded performances on SNL, Jimmy Kimmel, Stephen Colbert and the VMA’s where he accepted the awards for Video of the Year and Best R&B. In recent times he has made acting appearances in TV and film with 2019’s film Uncut Gems as well as starring in and co-writing an episode of the hit show American Dad.

He generously shares, with over $2M in donations made in 2020 to various charities. The continuous record breaking of charts, sales and streams, headlining the biggest festivals and stadiums in the world, and his ever mysterious public persona combined solidifies The Weeknd as one of the most compelling and significant artists of the 21st century.