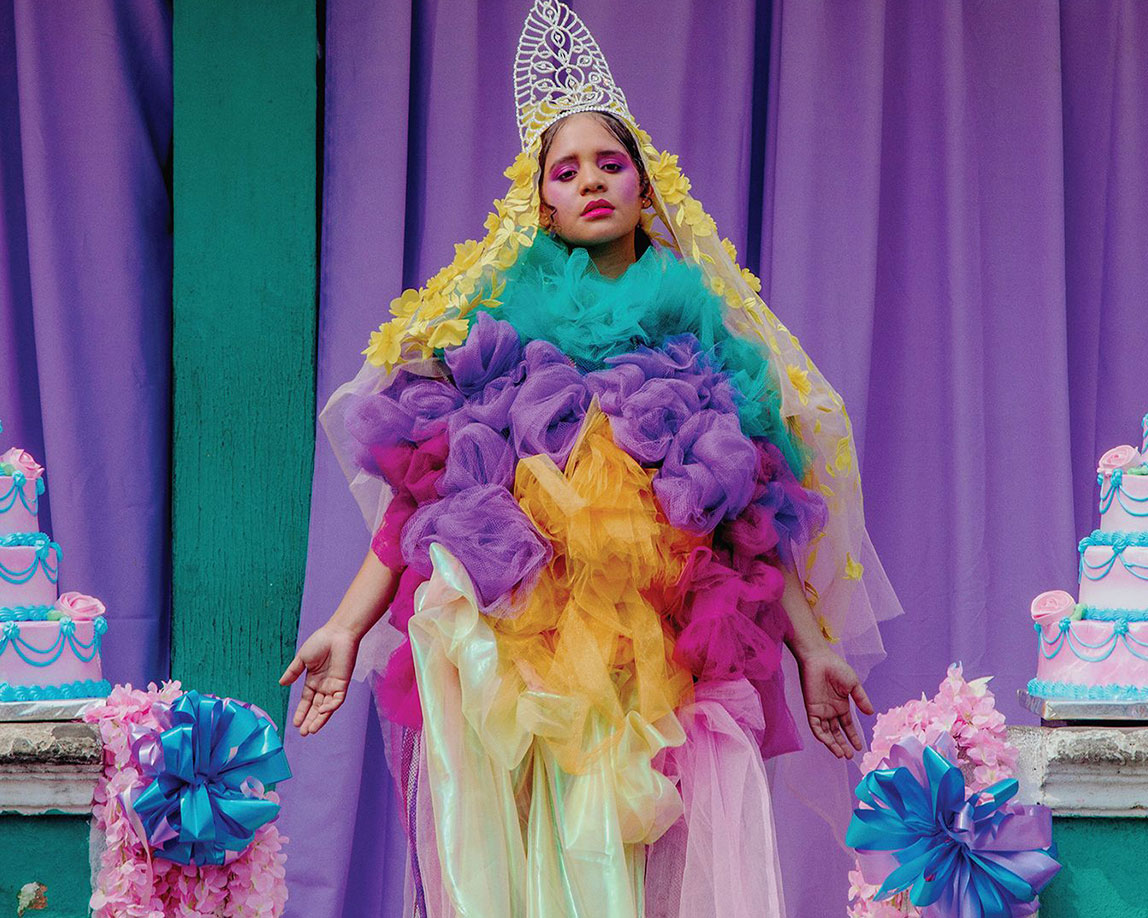 Lido Pimienta is a Toronto-based Colombian-born Indigenous interdisciplinary artist-curator and musician. She has performed, exhibited, and curated around the world since 2002, exploring the politics of gender, race, motherhood, identity and the construct of the Canadian landscape in the Latin American diaspora and vernacular. Her multi-textural, mind-bending voice and music project what Canada’s The Globe and Mail called her “bold, brash, polarizing” persona, which constantly confronts the powers that be. But it also reveals an embrace of the Afro- and Indigenous traditions that is at once defiant, delicate and sweetly nostalgic.

Pimienta’s new album Miss Colombia takes her ecstatic hybridity to a new level, building on the “nu” intersection of electronica and cumbia established by her first two albums, Color, released in 2010, and the 2016 Polaris Prize-winning La Papessa as Canadian album of the year. The latter was the first 100% independently released, non- English or French album to win the $50,000 prize. Produced with Matt Smith, aka Prince Nifty, Miss Colombia overflows with the kind of understated genius that promises yet another breakthrough.

As an art director, photographer, and web designer, Mat Dunlap has worked in the music industry for more than 15 years. He joined the 21C team in September 2018, after six years spent working in close collaboration with the company to provide web design and development for Pierre-Laurent Aimard, Daniel Barenboim, the late Dmitri Hvorostovsky, Yo-Yo Ma, Edgar Meyer, Daniil Trifonov, and other members of the classical community. Adept at interpreting marketing ideas through an artistic lens, Mat is known for helping artists connect with their fans through offbeat internet campaigns, several of which have gone viral.