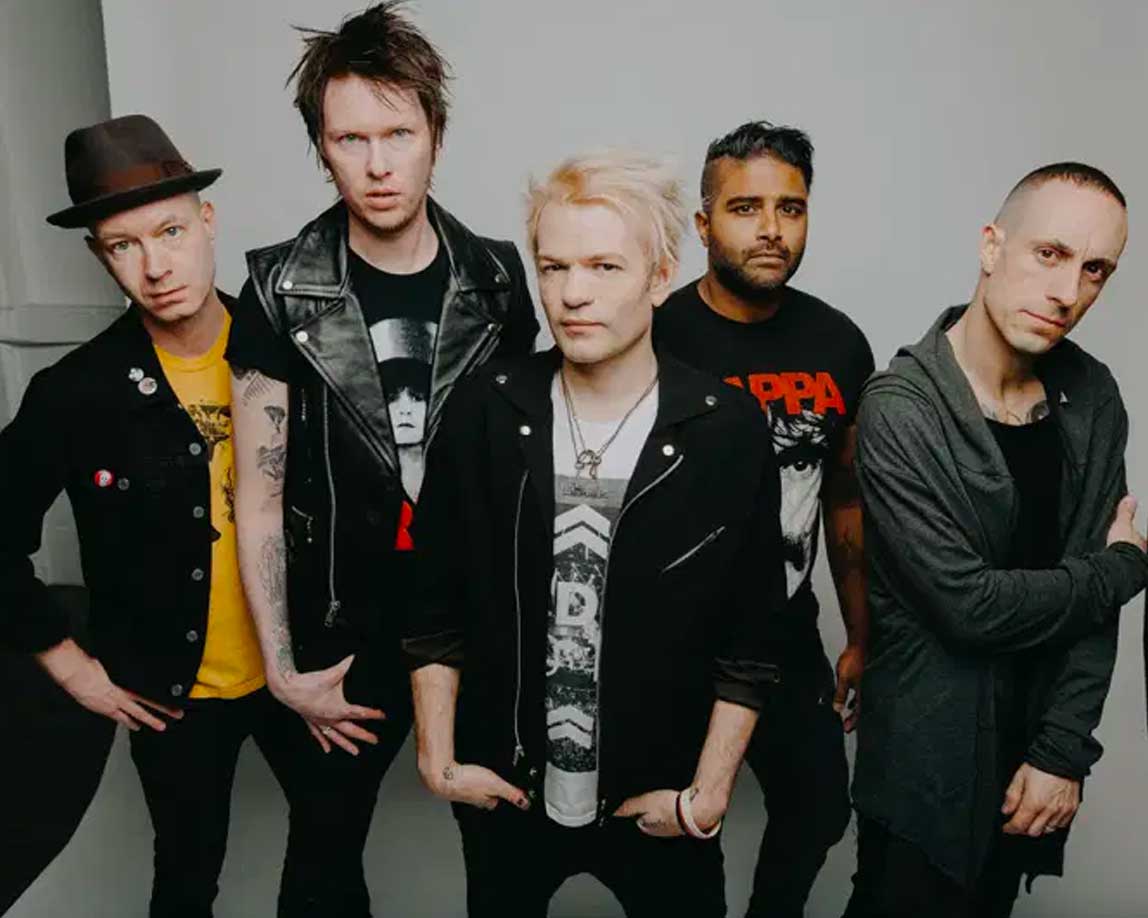 After over 15 million records sold worldwide, a Grammy Award nomination, 2 JUNO Awards (7 nominations), a Kerrang! Award in 2002, as well as multiple Alternative Press Music Awards, Sum 41 is quite simply a rock band – uncompromising and honest with no intention of slowing down.

For each fiery, arena-rock entry (i.e. “Out For Blood” – a down-tuned skate-punk number with an insane guitar solo and “45 (A Matter Of Time)” – a groove-heavy mid-tempo rager that’s about exactly who you think it is), there is an equally powerful, vulnerable ballad that hits just as hard. The honest process of writing Order In Decline, in which Whibley chose to not hold back any feelings, ultimately released a weight that has plagued the frontman in recent years. For the first time in Sum 41’s 23-year career, Whibley excavated one of his most personal stories ever.