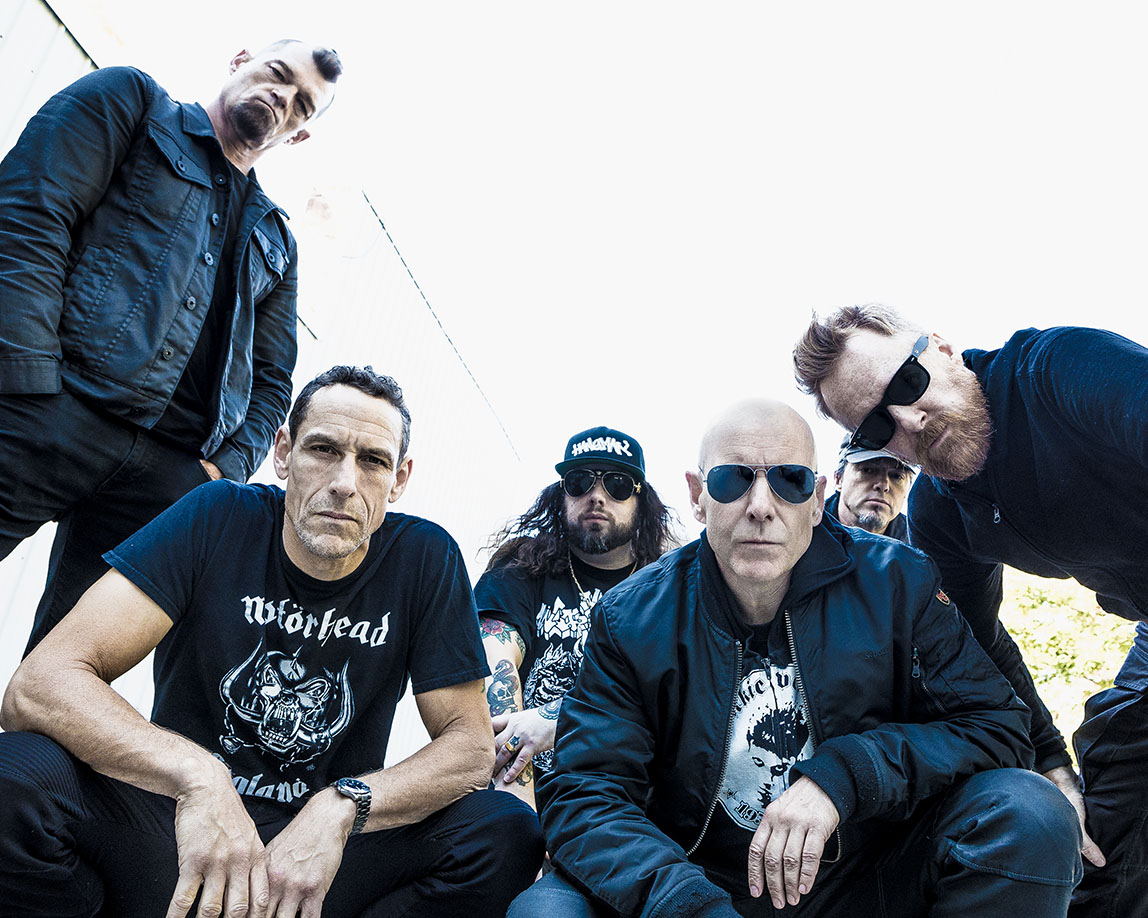 The Headstones have a recording career that spans three decades eight albums and multiple chart-topping singles; however Little Army is the band’s highest-debuting full-length in over a decade, hitting #3 on the Alternative Album Charts and #13 on The Current Album Charts. Lead single “Devil’s on Fire” lived in the Top 5 on the Canadian Active Rock Radio Charts for 20 weeks, and sat at #1 for three weeks. PEOPLESKILLS stays true to the Headstones DIY and punk rock attitude and is set to be the band’s biggest record yet.

The Headstones are Hugh Dillon, Tim White, Trent Carr, Steve Carr, Rickferd Van Dyk and Jesse Labovitz. In the band’s own words, “PEOPLESKILLS is an obsessive dissection of lyric and melody. It’s an intensely honest record that showcases our evolution as songwriters, musicians and friends.”

The first single “Leave It All Behind,” quickly climbed the radio charts hitting the top 10 at Active Rock and still going up. The visuals perfectly bring the song to life. Directed by Gord Hawkins, the video was shot at the Kingston Penitentiary, the decommissioned former maximum-security prison, serves as the ideal location to capture the claustrophobic quality of being trapped – both metaphorically and physically – and the instinctive drive to persevere.