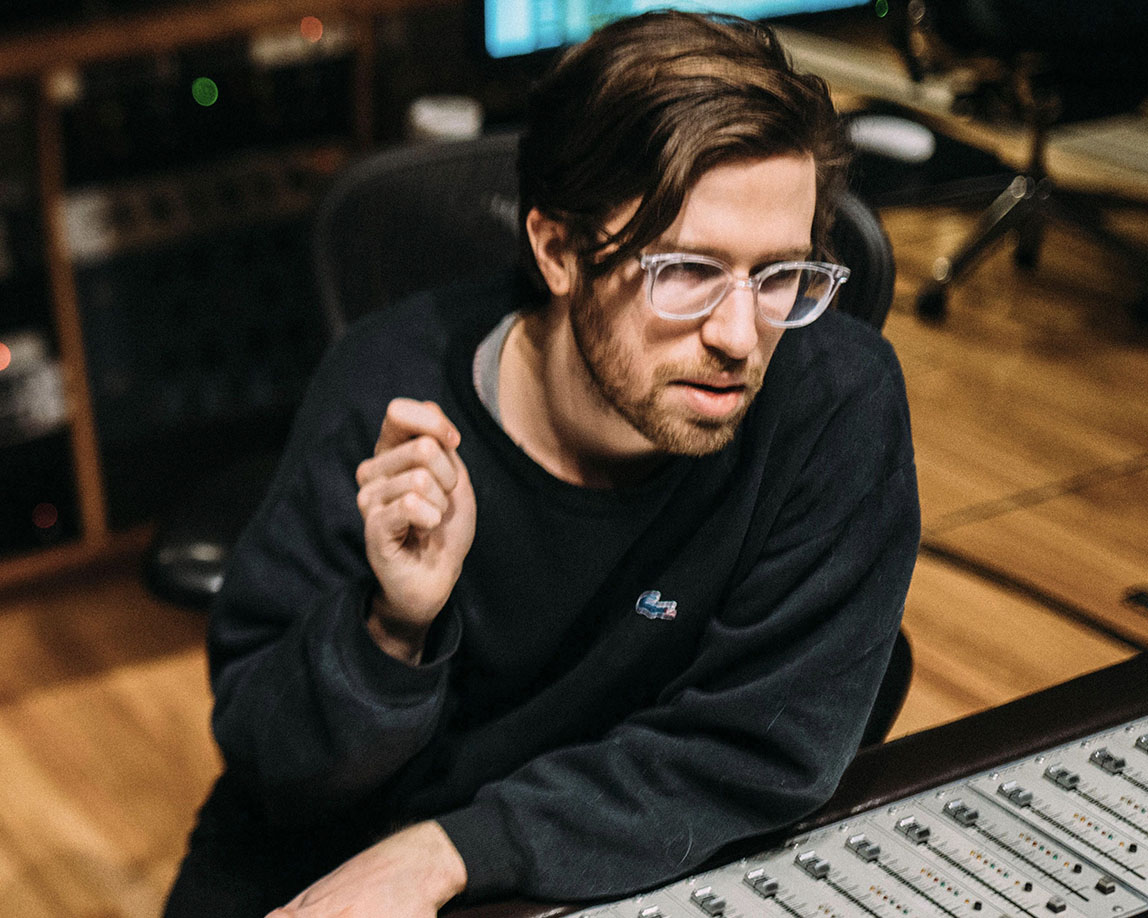 Jack Richardson Producer of the Year  2020

Derek Hoffman , “Fear of the Flame” FEAR OF THE FLAME – Logan Staats, “Hide Your Love” NIGHT IN THE PARK, KISS IN THE DARK – Caveboy

Derek Hoffman is a versatile and in-demand producer, musician, and composer based in Toronto. Derek began his production career in punk and rock; he cut his teeth on projects by local and international heavyweights like Silverstein (Rise Records/Dine Alone), Boys Night Out (Goodnight Entertainment), The Flatliners (Rise Records/Dine Alone) and Stick To Your Guns (Pure Noise Records).

Derek later branched out into the collaborative worlds of alt/pop, folk, and country music and has worked with established and burgeoning Canadian artists alike, including The Trews (Cadence), Logan Staats (Big Machine/Bell Media), Willa (Blackbox), The Elwins (Hidden Pony), and Caveboy. His catalogue has amassed tens of millions of streams and received considerable global radio play.

Equally content in developing unique sounds for new artists as he is in pushing experienced acts to the next level, Derek brings buoyant energy, boundless talent, and a refined sense of melody, dynamics, and arrangement to all records he has the opportunity to be a part of.

“Fear of the Flame” FEAR OF THE FLAME – Logan Staats, “Hide Your Love” NIGHT IN THE PARK, KISS IN THE DARK – Caveboy
YEAR