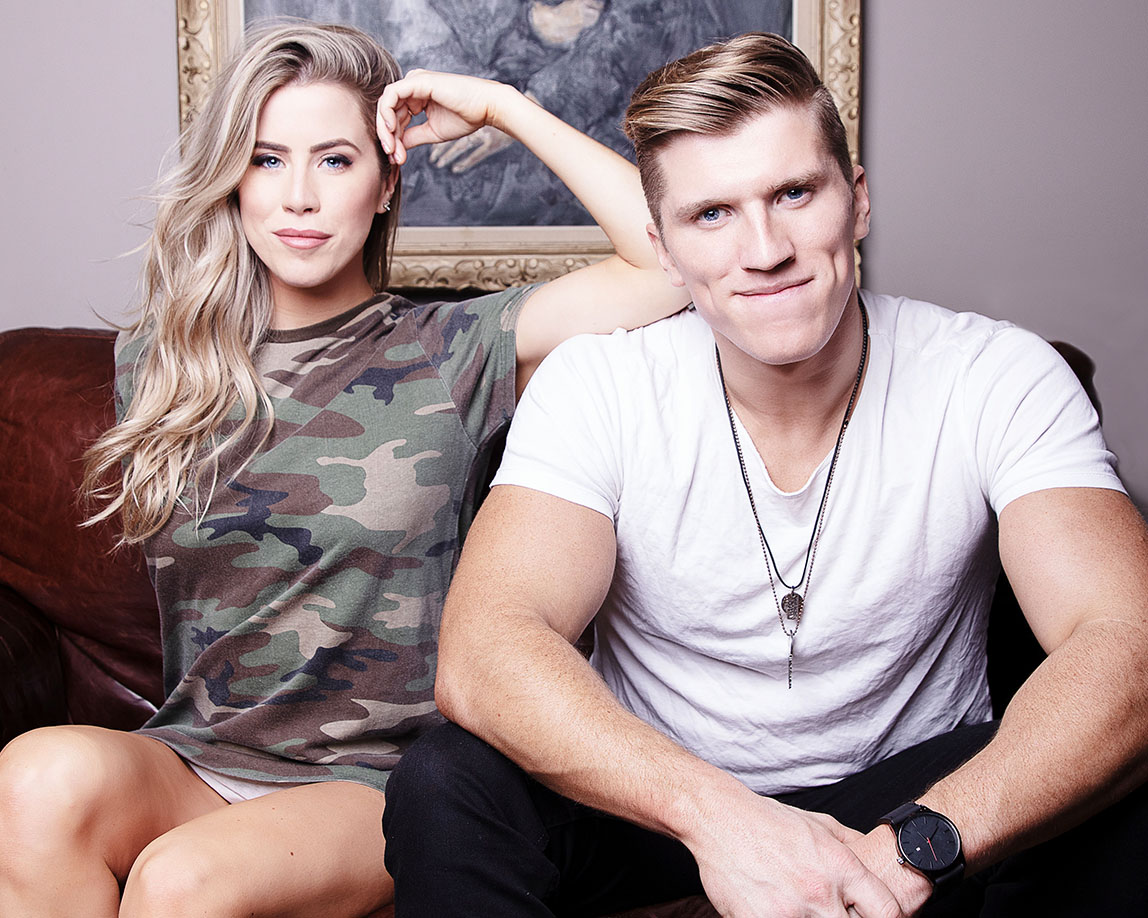 Raised on their family farm in rural Ontario, Jenna and Stuart Walker, signed their first major record deal with Universal Music in 2017. Their second single “Long Live the Night” kicked off what would become a massive 2018. Beyond rapidly achieving platinum-certification, the single would become the most-streamed domestic song of all Canadian country artists released in 2018, win the 2019 CCMA for top-selling Canadian single of the year and it was selected as the theme song for the Canadian Football League’s (“CFL”) Thursday Night Football for the 2018 & 2019 seasons.

The momentum continued to build with the release of their debut EP, “Feels Like That”, with the title single earning The Reklaws their first #1 at Canadian country radio. Fans beyond the border began to take notice as the duo was featured on Spotify’s Wild Country and New Boots playlists. A breakout 2018 capped off with a live performance to over 2 million people on the national broadcast of the 106th CFL Grey Cup.

2019 has already been full of highlights for the duo having completed a headlining tour, earning their first JUNO nomination for “Country Album of The Year”, and releasing their first full-length album which took home Album of the Year at the 2019 CCMA’s. Already amassing over 53-million streams, The Reklaws are poised to be Country’s next superstars.