2020 CLASSICAL COMPOSITION OF THE YEAR | Bekah Simms | | The JUNO Awards 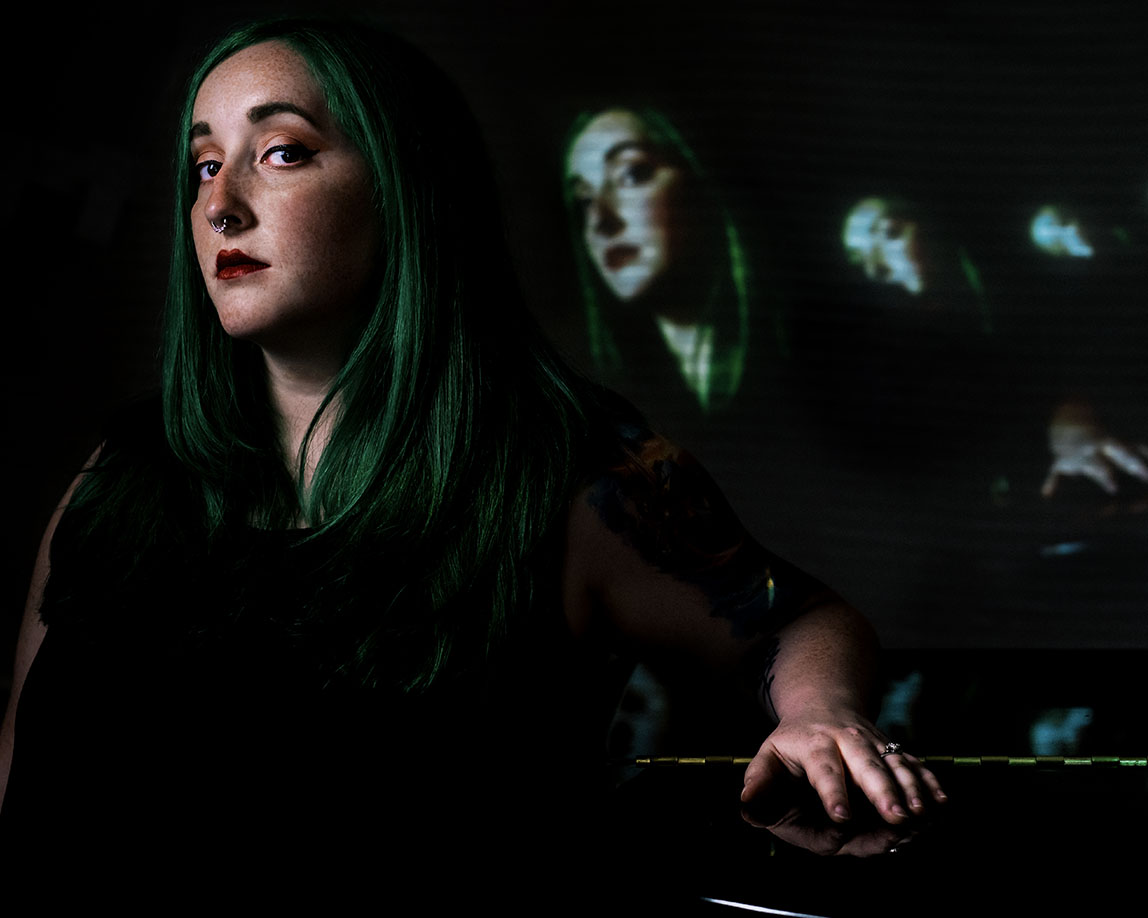 Bekah Simms , "Everything Is... Distorted"

JUNO Award-nominated composer Bekah Simms’ varied output has been heralded as “cacophonous, jarring, oppressive — and totally engrossing!” (CBC Music) and “tough, even gutsy…with a sure sense of original and vibrant colours” (Vancouver Sun). Propelled equally by fascination and terror toward the universe, her work is often filtered through the personal lens of her anxiety, resulting in nervous, messy, and frequently heavy musical landscapes. Foremost among her current compositional interests is quotation and the friction between recognizability and complete obfuscation.

Bekah hails from St. John’s, Newfoundland but is currently Toronto-based. Her music has been widely broadcast in Canada and the United States, performed across Canada, in over a dozen American states, Italy, Germany, Austria, Lithuania, and the UK and interpreted by a diverse range of top-tier performers including Vancouver Symphony Orchestra, Esprit Orchestra, Continuum Contemporary Music, the Victoria Symphony Orchestra, the Madawaska Quartet, Ensemble Paramirabo, TorQ Percussion Quartet, and Duo Concertante. Upcoming commissions include new works for the Vancouver Symphony Orchestra, Ensemble Telemaque (Marseille, France), Redshift, the 21C Festival, and more.

In addition to commission and recording funding from the Canada Council for the Arts, Ontario Arts Council, and Toronto Arts Council, Bekah has been the recipient of over 25 awards and prizes, including the 2019 Barlow Prize, the 2017 Toronto Emerging Composer Award and the 2018 Karen Kieser Prize in Canadian Music. Her work “Granitic” was nominated for the 2019 JUNO Award for Classical Composition of the Year. Her music has twice been included in the Canadian Section’s official submission to World Music Days (2016 & 2019), and in 2016 the CBC included her among their annual 30 hot classical musicians under 30.

"Everything Is... Distorted"
YEAR