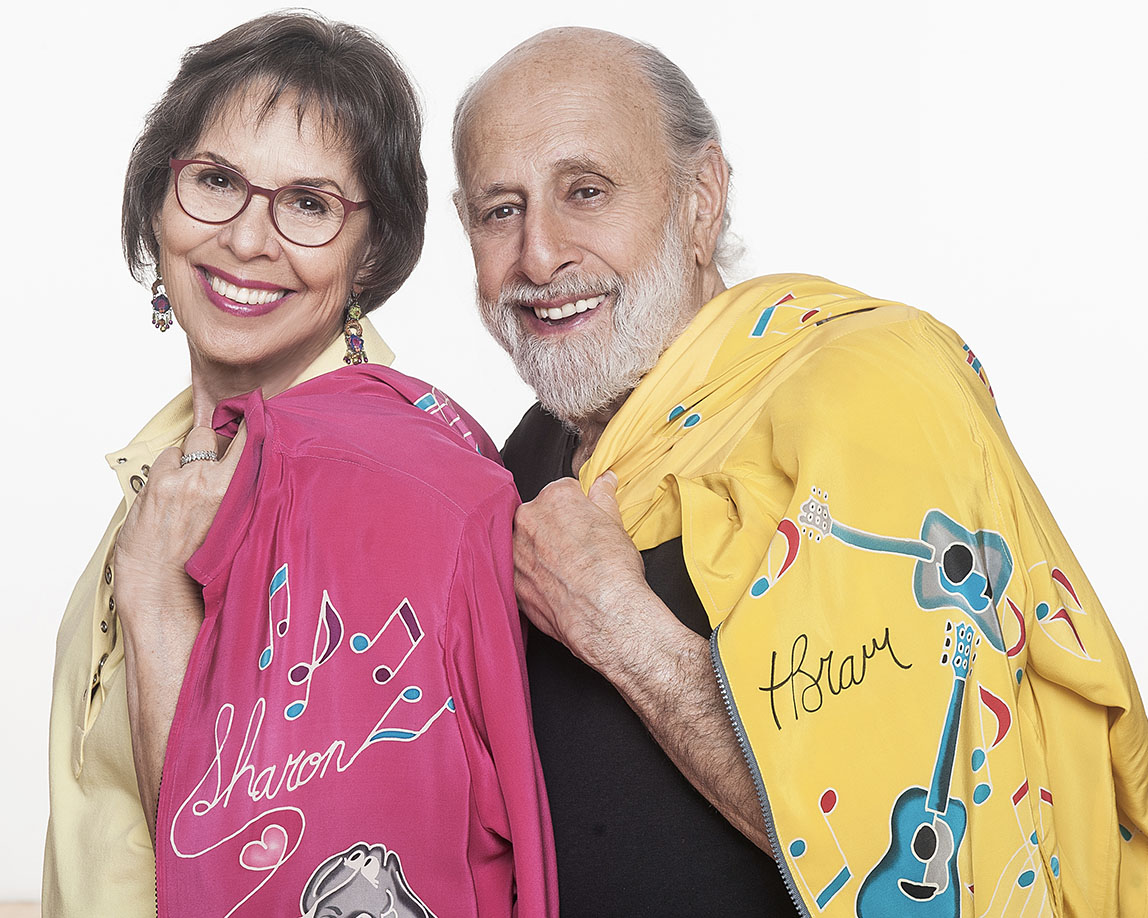 Since 1978, Sharon Hampson and Bram Morrison have been pre-eminent in all aspects of family entertainment across North America as members of the trio “Sharon, Lois & Bram”. Together, they produced over twenty recordings, beginning with their iconic ‘One Elephant, Deux Elephants’, three song-books, six national TV specials, sixty-five episodes of The Elephant Show, and fifty-two of Skinnamarink TV.

They have appeared in every major concert hall in Canada, and many in the United States including Carnegie Hall, The Lincoln Center and the White House in Washington just to name a few. They have received countless awards, including Gold and Platinum Records and JUNO awards for Best Children’s Album. They have sold millions of albums worldwide.

Sharon and Bram have supported many social welfare programs in Canada and the US, such as school breakfasts for learning, encouraging parents to inoculate their children and, internationally, as Goodwill Ambassadors for UNICEF in North and South America, for which they received the Danny Kaye Humanitarian Award.

For their years of work providing the best in participatory music for children and their families, Sharon and Bram have been inducted into The Order of Canada, the highest honour in the country.