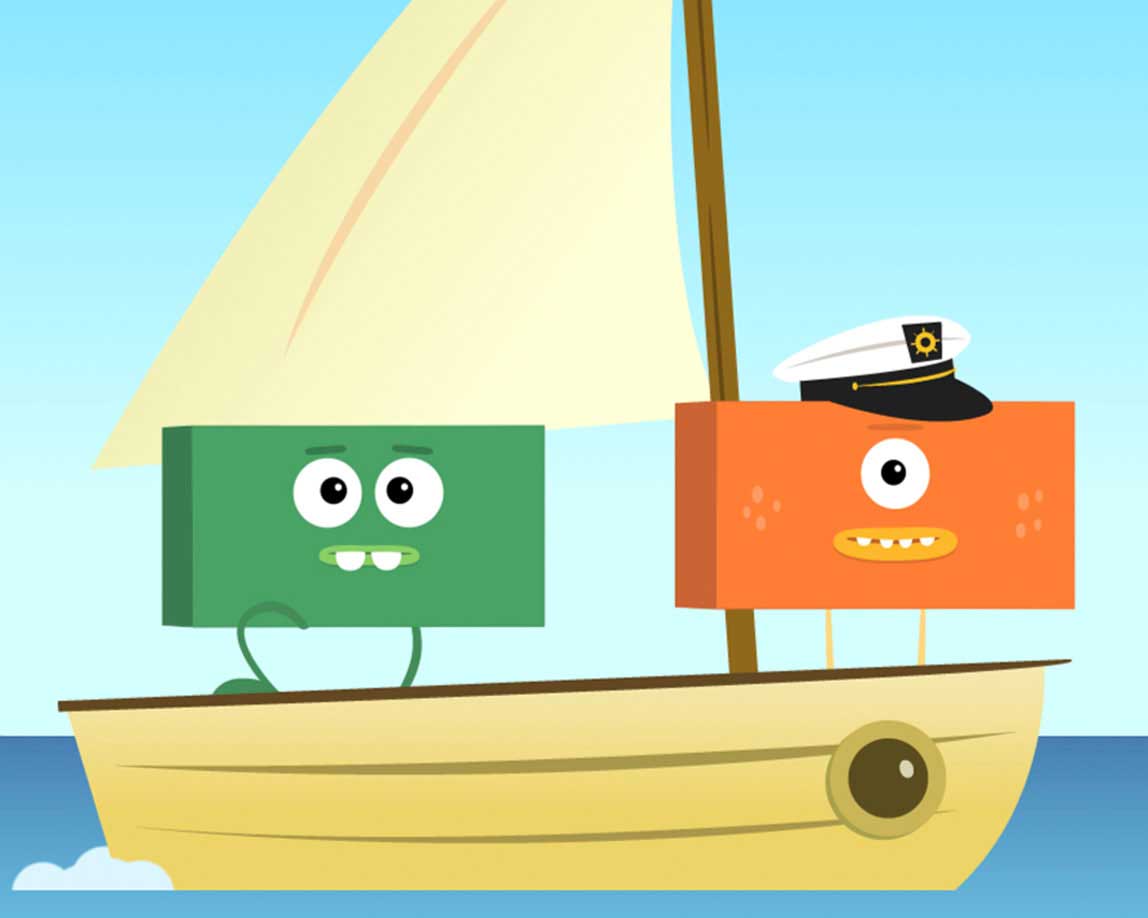 Big Block Singsong is a hilarious and thoughtful series of animated music videos by director and animator, Warren Brown and composer and recording artist, Adam Goddard. Greatest Hits, Vol. 4 is their fourth album release. The series airs on TV around the world notably on CBC in Canada, Disney Junior in the US and Nick Jr. in the UK. The videos have garnered over 15 million views on YouTube and the music tracks have streamed over 7 million times on Spotify.

Their previous albums, Greatest Hits and Greatest Hits, Vol. 3 were both nominated for the JUNO Award for Children’s Album of the Year. Their song “Cat” was named the top song for 2018 by Sirius XM’s Kids Place Live. The series has been called “ten tons of fun” on Zooglobble, the blog of NPR’s de facto kids’ music reviewer, Stefan Sheppard. The series has also been awarded a Youth Media Media Award of Excellence and a Parents’ Choice Gold Award.