2020 BREAKTHROUGH GROUP OF THE YEAR | Palaye Royale | | The JUNO Awards 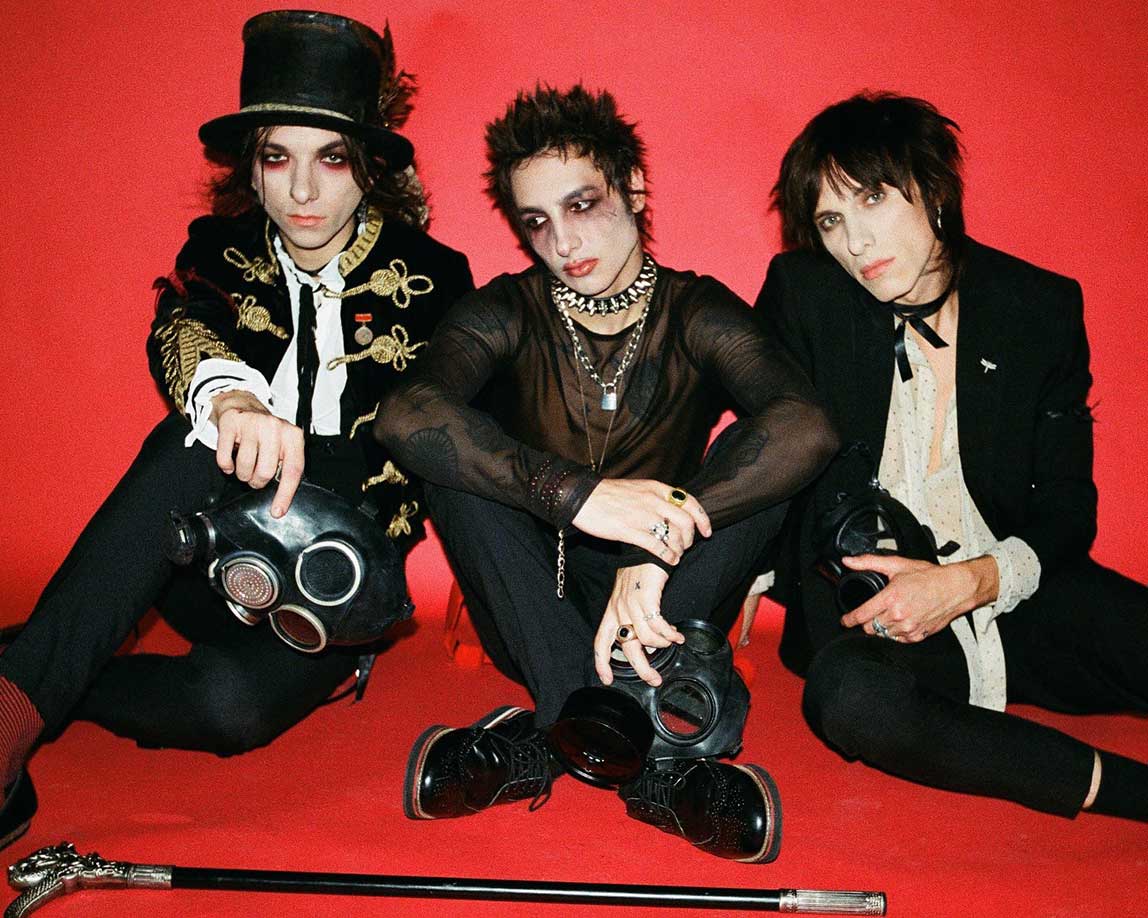 Rightfully christened as both “The Hottest Band…” and simply “the” group of the year, by the English music press, Canadian fashion-rock trio PALAYE ROYALE is a shot of adrenaline into the modern musical landscape. Summoning a thrilling spirit, with throwback sonic crunch, visual flair, and reckless live performances, PALAYE ROYALE has quickly earned a legion of obsessive cult-like loyalists, lovingly dubbed Soldiers of the Royal Council.

PALAYE ROYALE draw as much inspiration from cinema and philosophy as they do from their musical muses, building a story with libertine reverence for Alan Watts and debauchery-fueled nights at the Chateau Marmont, for Johnny Thunders and The Stooges. This band is equally at home in the hallways of Los Angeles Fashion Week or climbing the lighting tresses at the Vans Warped Tour. They sold out theaters on their first-ever headlining tour and steal the show at each major festival.