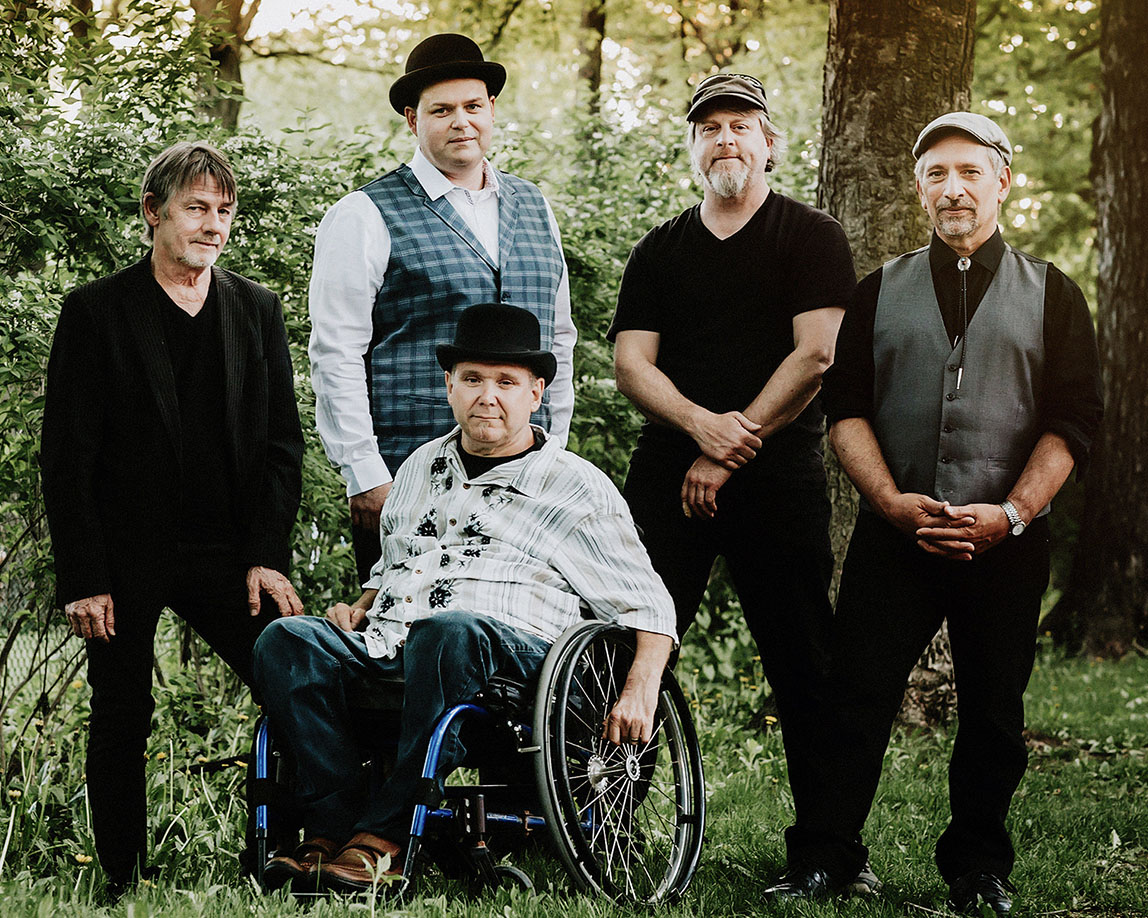 The Durham County Poets are a lively and soulful group who have written and performed an eclectic blend of blues, folk, gospel. With three albums under their belt, they’ve just released their 4th Album, HAND ME DOWN BLUES as of September 20th, 2019. They were nominated for “New Artist/Group of the Year” at the “Maple Blues Awards” 2019. This dedicated blues album with both original compositions and covers of their favorite blues artists was produced by Bill Garrett and features guest appearances by Dawn Tyler Watson and a couple of Fuel Junkies. The five seasoned musicians/songwriters work individually and collaboratively, and their obvious joie de vivre is reflected in the good times audiences have felt consistently since their 2011 début. Intrepid leader Kevin Harvey, confined to a wheelchair since 1981 is the lead vocalist, and with the help and support of his bandmates, has led the group on countless tours throughout Canada and the US, at festivals, concerts, and clubs.

“You’ll be guaranteed to have so much fun, you’ll forget how good they are”
– Democrat and Chronicle, Rochester, NY, June 2019

Hand Me Down Blues
YEAR