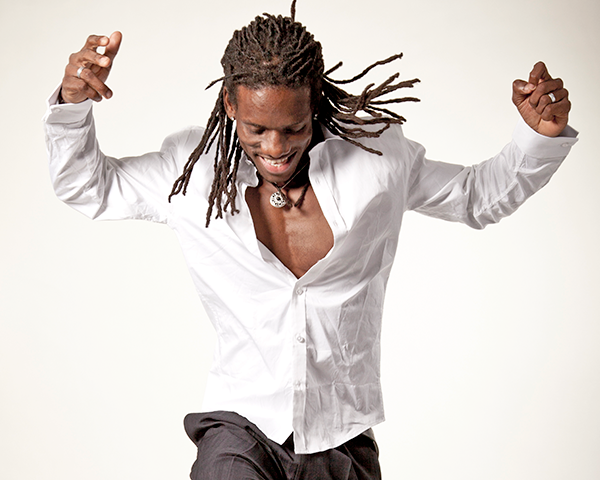 Wesli is a born entertainer whose groove machine skillfully cooks Rara, rock Afrobeat and Haitian roots into a unique blend of spicy pot-au-feu. Since he strung his first oil-can to build a guitar in Haiti, musician and songwriter Wesli has taken seemingly disparate elements and tinkered with them ingeniously until they turn into a powerful groove.

Alain Brunet in LaPresse said he was “the most formidable creature in world music Montreal presently has to offer the rest of the planet” and Songlines called his music “very Haitian and very fresh, a real pleasure to listen to.” He reached #15 on the US Billboard world music album charts. For the past few years he’s been actively touring North America, Haiti, Africa, Colombia, Brazil and Europe, with his gorgeous Haitian Coupe Music from Montreal, Songlines. April 2018 gave his Immigrand Deluxe album **** He is the rare performer who not only carries a message of hope, but reaches back to lift up those he left behind. ... These songs are a testament to that spirit.” **** James Nadal, All About Jazz, 2016 “Wesli’s latest album feels like it spans La Francophonie, much as his own biography does.“ Afropop Worldwide