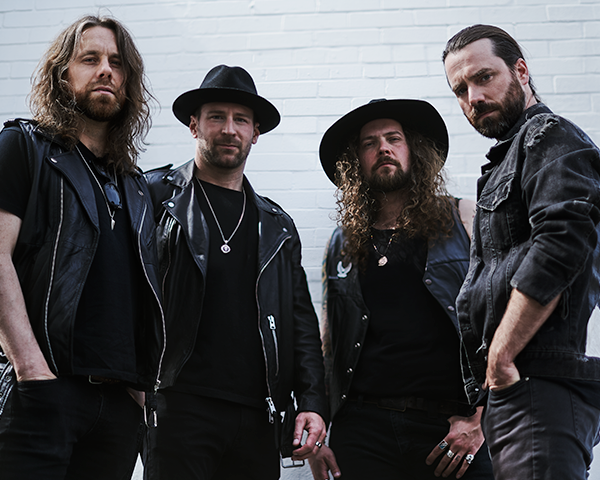 Hamilton, Ontario’s prodigious sons Monster Truck are one of the biggest groundswell stories in Canadian rock in the past decade, with Top 10 Canadian Rock radio hits, a 2013 JUNO Award for Breakthrough Artist of the Year, a 2014 JUNO nomination for Rock Album of the Year and countless tours under their belt. Their critically acclaimed sophomore album Sittin’ Heavy debuted at #3 on the Top 200 Canadian SoundScan chart and featured Top 5 Canadian rock radio hits “Don’t Tell Me How to Live” and “For The People,” as well as the ultimate hockey anthem “The Enforcer,” which garnered attention from legendary hockey commentator Don Cherry. The track was featured in the opening montage and second intermission of Hockey Night in Canada and would go on to be used as the goal song for the Toronto Maple Leafs. Their debut full-length, Furiosity, which recently received Gold certification in Canada, debuted at No.13 on the Top 200 SoundScan chart, hit #3 on the German Rock/Metal chart and earned the band two #1 singles at Canadian radio. The album also landed the band features in countless tastemaker publications, as well as a Bandit Rock Award nomination for International Breakthrough Artist in Sweden.