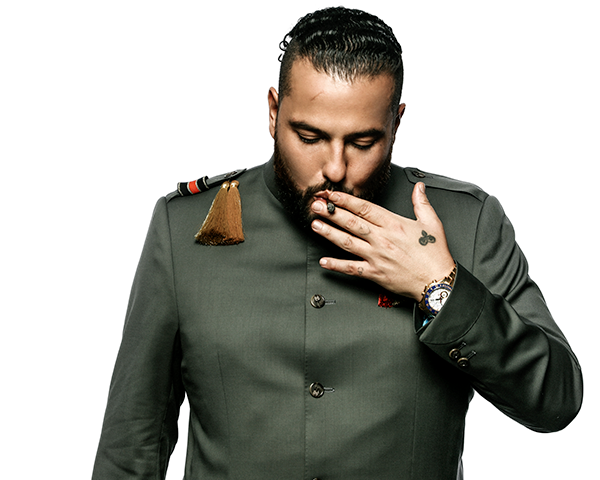 The Palestinian/Canadian-bred artist is a quadruple threat of singer, songwriter, rapper and producer; an undeniable talent that has delivered a number of hits and party jams for over a decade. However, for Belly, it’s now time to change the narrative as he releases his most personal work to date: Immigrant. “I was just uninspired in terms of artistry. I took a step back and just viewed the whole atmosphere of what was going on around me, in music, everything," is how Belly describes his brief hiatus from music. By 2015, he returned to the scene, co-writing with longtime friend and fellow Canadian The Weeknd on his breakout single “Earned It.” His critically acclaimed mixtape Up For Days was a welcome return for Belly, showing his knack for party tracks, along with the hit “Might Not” featuring The Weeknd. But as Belly was piecing together his follow-up album, things began to shift in his life as well the on-goings of the world and so the focus changed. The result is Immigrant, a project just as powerful as its title where Belly brings next level message music that hits extremely close to his heart and home.