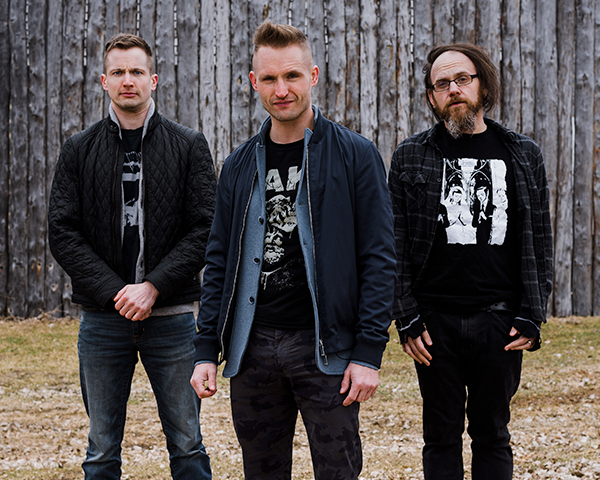 Kill Everyone Now mode, KEN mode: an ethos legendary Black Flag frontman Henry Rollins would use to describe the band’s state of mind while taking the stage for the endless touring cycle of their genre-defying classic album My War. This proved to be the psychological foundation/attitude for the project Winnipeg brothers Jesse and Shane Matthewson would form in 1999 that would see them spread a manic form of metal and hardcore infused with noise rock for their entire adult lives. Cutting their teeth in the early aughts with a pair of records, 2003’s Mongrel and 2006’s Reprisal, the group would find breakout underground notoriety with their JUNO Award-winning album, 2011’s Kurt Ballou (Converge, High on Fire, Code Orange) produced Venerable. Loved - the band’s seventh full-length record represents yet another pivot point in their sound. It is a departure from the indie/noise punk focused Success album, they delved deeper and darker than ever before. Drawing from not only the desperate noise and industrial sonics of the '80s and '90s, the band has mixed in the decidedly more extreme tone and presence of death and black metal, expertly captured by Andrew Schneider’s sick vision of noise and girth.