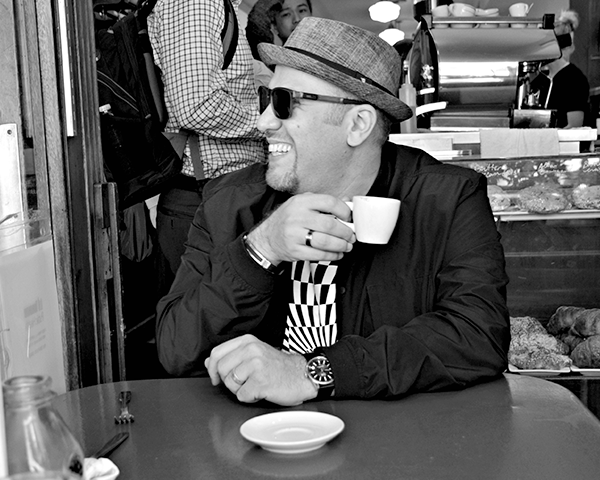 Robi Botos is a Hungarian-Canadian musician and composer. He has recorded several albums as a leader and was the winner of the TD Grand Jazz Award at the 2012 Montreal International Jazz Festival. Botos was born in Nyíregyháza to a Roma family and grew up in Budapest. At age seven he began playing piano. In 1998, Botos immigrated to Canada and has been a prominent member of the Toronto jazz scene since. Botos has played with the likes of Michael Brecker, Al Jarreau and Chaka Khan, among others. As well as winning the TD Award in 2012, he also won the Montreux Jazz Festival piano competition in 2004, Botos has recorded several albums as a leader of various bands. Additionally, he composed the music to the 2011 documentary A People Uncounted. In 2015, Botos recorded Movin' Forward for A440 Entertainment, produced by Scott Morin and Robi. The album was recorded in Toronto. Botos was accompanied by drummer Jeff "Tain" Watts and bassist Robert Hurst, both alumni of Wynton Marsalis' band. Seamus Blake of New York City played sax and EWI. The album won a JUNO Award for Best Jazz Album of the Year (Solo) in 2016.