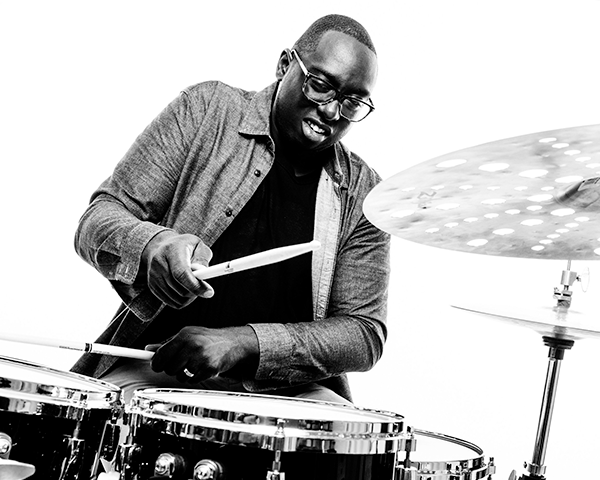 Larnell Lewis, In the Moment

Larnell Lewis is a Grammy Award-winning musician, composer, producer and educator. A Toronto native, Larnell has quickly established himself as one of the most diverse and in-demand drummers currently on the music scene. Along with his long-standing position on drums in Snarky Puppy, Larnell has led many highly successful groups of his own and toured the world with some of the most well known names in music, including Chaka Khan, Gregory Porter, Benny Golson, Lalah Hathaway, John Scofield, Pat Metheny, Etienne Charles, Lisa Fisher, Kurt Elling and more.

Larnell’s immense talent, fierce creativity and continually evolving musical style is what has kept him at the top of the list as a musical collaborator for artists across the globe. He has spent time both on the road and in-studio with some of Canada’s most celebrated artists, including Laila Biali, Molly Johnson O.C., Divine Brown, Johnny Reid, Emilie-Claire Barlow, Kellylee Evans and David Clayton-Thomas.

Larnell’s highly anticipated debut album In The Moment was released in June 2018 and featured ten original compositions in a variety of musical styles that heavily tap into his Caribbean background as well as his deeply personal relationship with Jazz and Gospel music.

In the Moment
YEAR